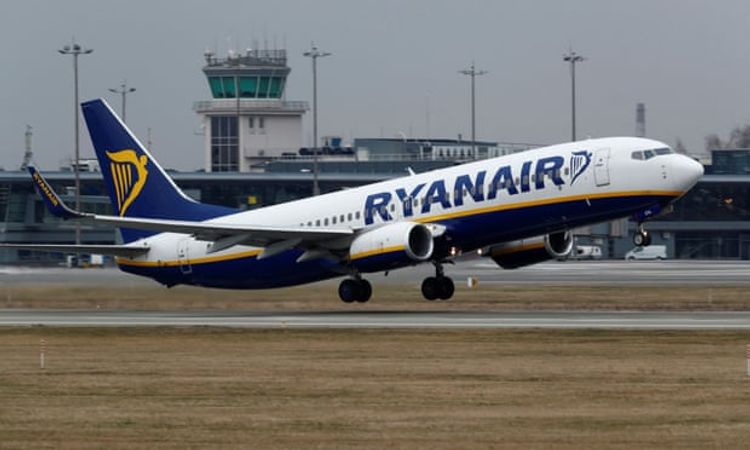 Ryanair is planning to cut 3,000 jobs and reduce staff pay by up to a fifth in response to the Covid-19 crisis, which has grounded flights, APA reports citing Reuters.

The no-frills airline said it is cutting 15% of its 20,000 workforce as it now does not expect passenger numbers or pricing to return to pre-coronavirus levels until summer 2022 at the earliest.

As part of a programme of sweeping cost cuts, Ryanair said it could close a number of bases across Europe until air travel recovers.

The chief executive, Michael O’Leary, who took a 50% pay cut for April and May, has extended this until the end of March next year.

O’Leary said that the package of measures, which includes unpaid leave for staff, represents the “minimum to survive the next 12 months”.

“If a vaccine isn’t found then clearly we may have to announce more cuts and deeper cuts into the future,” he told the BBC TV.

The company, which expects to report a net loss of more than €100m (£87m) for the first quarter and through the summer, said restructuring and job losses would start in July.

The job cuts will affect mostly pilots and cabin crew, although the measures will also hit head office and back office teams.

The company said: “Ryanair now expects the recovery of passenger demand and pricing (to 2019 levels) will take at least two years … [We] will shortly notify their trade unions about its restructuring and job loss programme.”

The airline said it would operate less than 1% of its scheduled flights to the end of June, with passenger numbers down 99.5% in the first quarter and halved in the second quarter, but should “return to meaningful flying from July”.

It expects to carry fewer than 100 million passengers for the year to the end of March 2021, 35% less than its original target of 154 million.

Ryanair is in talks with Boeing and Airbus to reduce aircraft orders over the next two years to “more accurately reflect a slower and more distorted EU air travel market in a post-Covid-19 world”.

O’Leary launched a broadside at the €30bn in state aid packages accepted by rival airlines across Europe, arguing Ryanair would struggle to compete without a level playing field.

“Air France and Lufthansa are subsidy junkies hoovering up state aid,” he said, speaking on the BBC Radio 4 Today programme. “We support transparent non discriminatory schemes like payroll support. Why does Lufthansa need another €12bn on top of that? It means that for the next three to five years they can engage in below cost selling. We face unfair competition against legacy airlines in Europe getting unfair state aid.”

The company said it intended to challenge the state aid awards in European courts. O’Leary also addressed the issue of complaints from customers about the difficulty in getting refunds for cancelled flights. The airline is offering vouchers in the first instance.

“If you want a cash refund you will get a cash refund,” he said. “We will give you your money back. Nobody has to fight for a refund from Ryanair.”