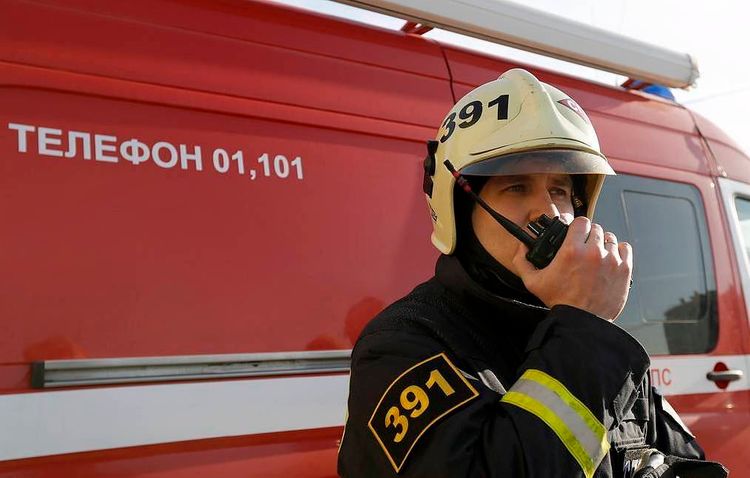 The fire that broke out at a gas distribution station in Kazan in the Republic of Tatarstan in the Volga area was contained, the press office of the local emergencies services said on Saturday, APA reports citing TASS .

"The fire was contained at 10:40 Moscow time," the emergency services said.

A state of emergency has been introduced in Kazan in the Volga area over a large fire at a gas distribution station, Russia’s Emergencies Ministry said on Saturday, APA reports citing TASS.

"As of 07:00 Moscow time, a state of emergency was introduced for governance bodies and the forces being involved in eliminating the emergency situation," the ministry said.

One person died and three others were injured in an explosion of liquefied gas in a gas storage facility in Kazan, emergency services said, APA reports quoting TASS.

"Liquefied gas exploded at the Kazan cluster base of Gazprom Liquefied Gas, in an above-ground gas storage capacity of 100 cubic meters. As a result, one person died and three were injured," the source said.

After the explosion, a fire broke out with a risk of spreading to other containers.

Press service of the Russian Ministry of Emergency Situations confirmed that the explosion and fire occurred at an above-ground storage facility with a capacity of 100 cubic meters on the territory of the gas distribution station of Gazprom liquefied gas. Meanwhile, 11 units of fire-fighting and special equipment work at the scene.