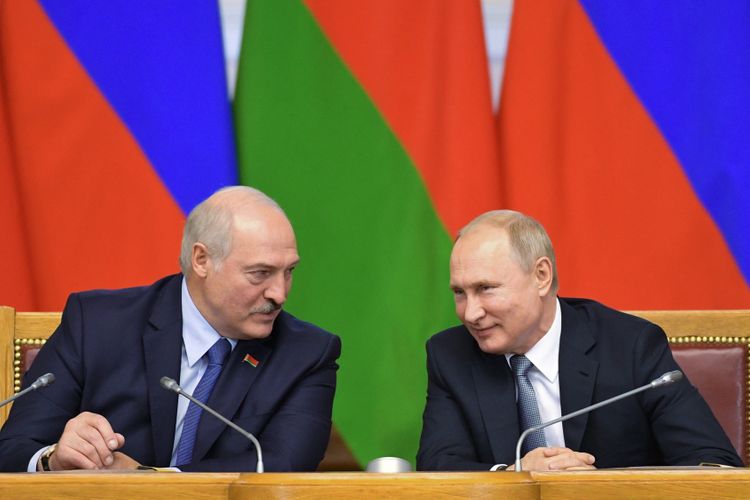 According to the Russian leader, among the main objectives of the meeting was to introduce new Russian cabinet members to the Belarusian delegation.

"As we have agreed earlier, we are going on with our work. It is a second period, if to use sports terminology. I mean that we have just practiced sports," the Russian leader said opening the meeting of Russian and Belarusian delegations.

Putin pointed out that in the first round of bilateral talks held on Friday afternoon the sides "talked in detail about the issues on agenda." The talks were held while some members of the Russian delegation could not arrive in Sochi from Moscow by air due to poor weather,

"Now we can discuss details in wider talks. Besides, I want you to be introduced to new members of Russia’s government," Putin said.

For his part, Lukashenko said that he "got to know well" the new members of the Russian cabinet.

"We have had a word. I recalled some mean things from our joint old history and also told them to them," he said.

"You are wrong there, as we should remember only good things," Putin said laughing.

Lukashenko retorted that nobody could hear his comments.

Backing Putin who used ice hockey terms at the beginning of the meeting, Lukashenko underlined that three periods were played at the ice hockey rink, not counting the first round of negotiations.

"It is already the fifth round today, so we have done fruitful work today and thank you for suggesting that meeting so that we can be introduced to the new government," Lukashenko said.