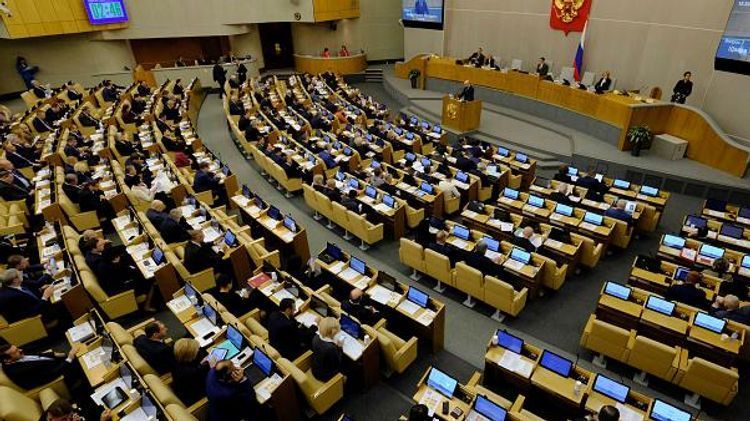 The State Duma of the Russian Federation on Friday adopted a bill that would allow foreigners not to renounce their citizenship upon entry into Russian citizenship, APA reports citing TASS.

Now, when applying for entry into Russian citizenship, foreigners must confirm that in their country they have applied to the authorized bodies with a statement on renunciation of existing citizenship. The bill excludes this requirement. It is specified that the Ministry of Internal Affairs will receive notifications from citizens of the Russian Federation on the presence or termination of citizenship of another state and keep a record of such notifications in accordance with the rules established by the Cabinet.

At the moment, such a rule applies only to residents of separatist regions in eastern Ukraine. After the bill comes into force, it will apply to citizens of all foreign countries. State Duma deputies spoke about the necessity of adopting such amendments at a meeting with Russian President Vladimir Putin, the head of state-supported the position of parliamentarians, earlier speaker of the lower house Vyacheslav Volodin noted.

According to the explanatory note, "on the basis of humanitarian considerations, in order to protect the rights and freedoms of man and citizen, being guided by generally recognized principles and norms of international law," the law provides the right to apply for admission to the citizenship of the Russian Federation in a simplified manner with a valid residence permit, but without observing the established period of residence in the Russian Federation to foreign citizens who have citizenship of the Republic of Moldova or Ukraine. These preferences will also apply to citizens of Belarus and Kazakhstan since the Russian language in these countries is "officially used, these persons use it in everyday life."

From three years to one year, the period of employment required to apply for admission to the citizenship of the Russian Federation in a simplified manner for persons who have received education in Russia is reduced.