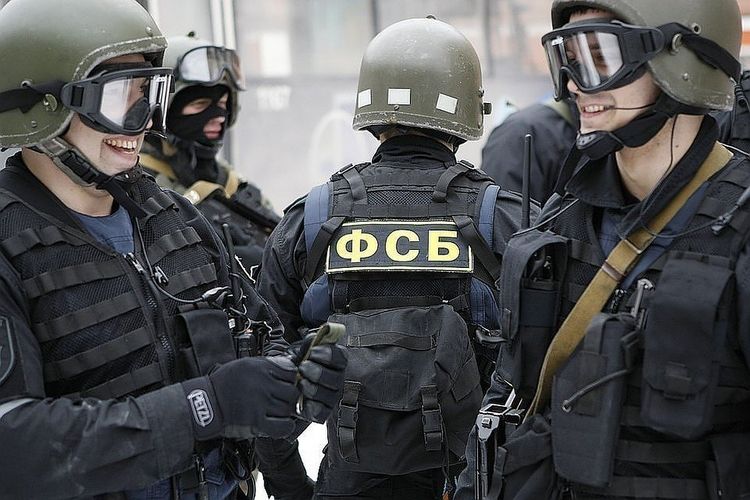 The Federal Security Service (FSB) neutralized a terrorist supporter in the town of Khimki in the Moscow Region who was planning a mass shooting in Moscow and a departure to Syria to join the terrorists, the FSB Public Relations Center said, APA reports citing TASS.

"The Federal Security Service of the Russian Federation together with the Interior Ministry and the Investigative Committee terminated the activity of a member of a terrorist group who planned a terrorist act in one of the locations of mass gathering in Moscow," the FSB Public Relations Center reported.

The suspect was apprehended near the abandoned garages in Khimki. "At the attempt of detention and check-up, [he] opened fire on the law enforcement officials using an automatic firearm. As a result of a counteraction the criminal was neutralized (sustained injuries not compatible with life)," the center reported. The crime scene search revealed an AK-47 automated rifle, three loaded magazines, two F-1 grenades, and one RGD grenade.

"It has been established that the unidentified criminal was a citizen of one of the Central Asian countries, who was renting an apartment in Moscow. Additionally, his brother was detained in the Moscow Region who was looking for him for the past couple of days to prevent his departure to the Syrian Arab Republic in order to join the international terrorist organization outlawed in Russia," the FSB reported.

During the raid of the rented apartment by the Investigative Committee investigators, "evidence was discovered that the eliminated criminal was linked to the emissaries of the international terrorist organization and was preparing a mass shooting of citizens." Currently a search is being conducted for the possible accomplices of the terrorist.