Archaeologist: "Word "Artsakh", Khachin principality have absolutely nothing to do with Armenians" 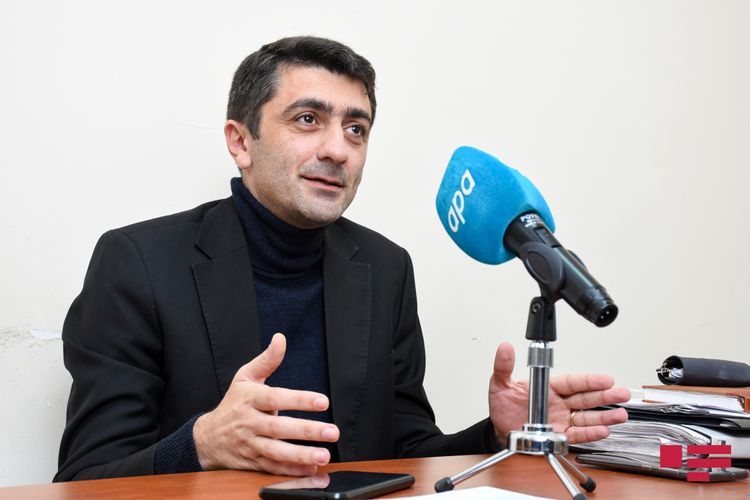 "People who migrated should create a fictitious ideology, it has no other way. Armenians present themselves as the owners of Christianity, which is widespread in this region and try to name everything after themselves. Armenians say that they are ancient people of Artsakh. However, the word Artsakh has nothing to do with Armenia.  In general, there is also no need to be afraid of the word Artsakh. These territories were named Karabakh after the 13th century. But, it was called Artsakh, Arran, Erran in the sources up to the 13th century," Researcher of the Institute of Archeology and Ethnography of Azerbaijan National Academy of Sciences (ANAS) Sabuhi Huseynov said in an interview with APA.

According to the researcher, our historians give different meanings to the word Artsakh today: "However, But there was the Artshak dynasty of Caucasian Albania, Khachin knyazs said that they are the ruler of Artsakh country, the tsar of the Albanian province. The Arshakis were the rulers of Caucasian Albania, and the first churches were built during their time.

I mean that the principalities of Artsakh and Khachin have nothing to do with Armenians. Readers may not know this, but all world historians have accepted the Arshakis and Khachin principality as rulers of Caucasian Albania. Because those people whose name was mentioned in the stone inscriptions were Albanians, the local Christian population of Karabakh. Armenians  try to steal the Albanians’ history and create their own history on it."