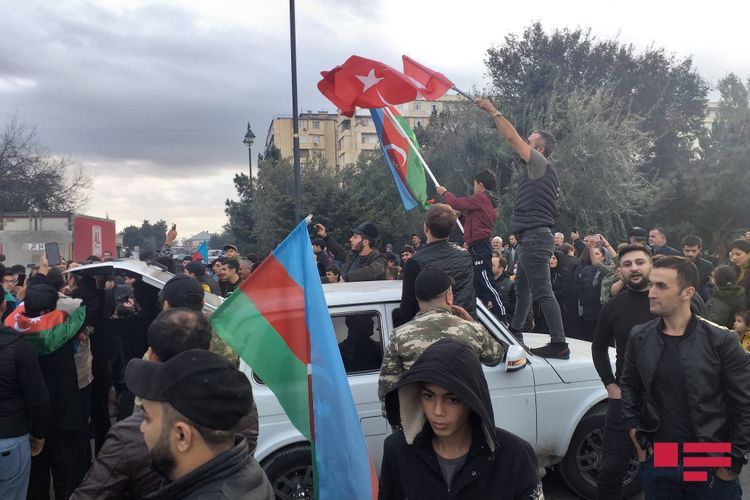 After the address, Baku citizens flew to the streets to share happiness of the historical victory. Citizens, having Azerbaijani flags, sounding different slogans, express gratitude to the Victorious Supreme Commander-in-Chief, Glorious Azerbaijani Army, state their solidarity with them during the celebrations, which started from night hours and still continue.