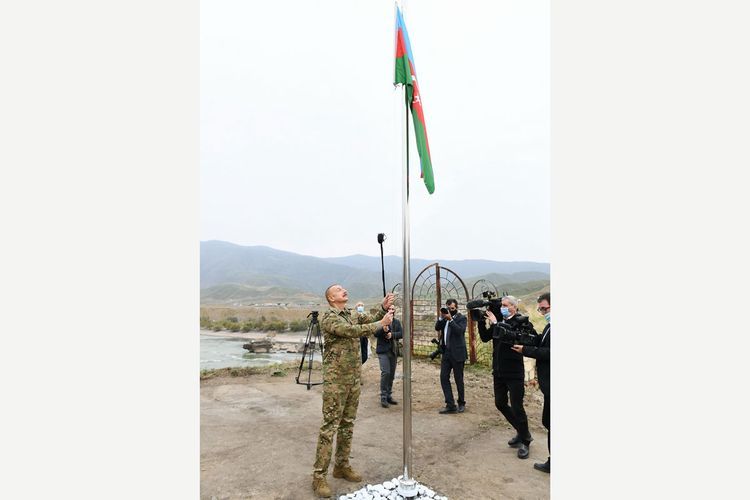 On November 16, President of the Republic of Azerbaijan, Victorious Commander-in-Chief of the Armed Forces Ilham Aliyev and first lady Mehriban Aliyeva visited the liberated from occupation Fuzuli and Jabrayil districts, as well as Fuzuli and Jabrayil cities, APA reports.

The President and the first lady arrived at the Khudafarin Bridge. These moments will be written in golden letters in the pages of our history.

President Ilham Aliyev and first lady Mehriban Aliyeva then walked along the banks of the Araz River and took photos in front of the Khudafarin Bridge.

Then the President and the first lady left for Jabrayil. 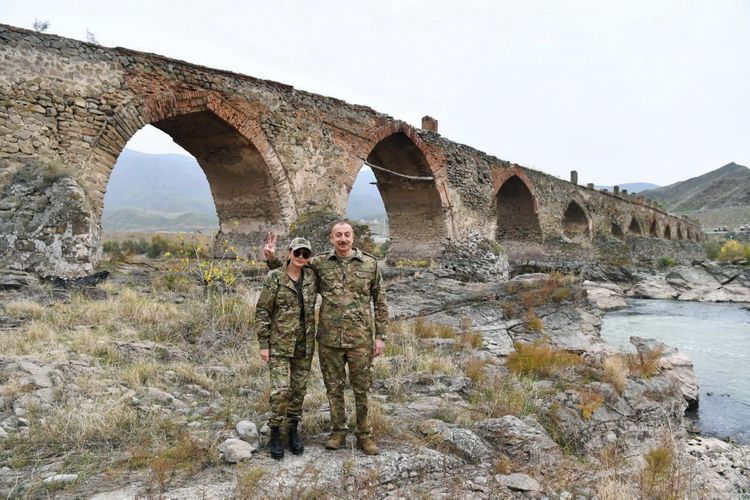