President of the Republic of Azerbaijan Ilham Aliyev has received a delegation led by Speaker of the Grand National Assembly of Turkey Mustafa Sentop, APA reports.

President Ilham Aliyev thanked for Recep Tayyip Erdogan`s greetings, and asked the Speaker to extend his greetings to the Turkish President.

The sides noted that the visit of the Speaker of Grand National Assembly of Turkey to Azerbaijan would contribute to further strengthening of relations between Azerbaijan and Turkey.

Pointing out the importance of the visit the delegation led by Mustafa Shentop to pay to Shusha, it was noted that the Shusha Declaration on Allied Relations signed between the Presidents of Azerbaijan and Turkey serves to raise bilateral relations to a higher level. The successful cooperation between Azerbaijan and Turkey in all areas was underlined at the meeting.

It was noted that cooperation among the three countries has formed, in a broad sense, new frameworks for collaboration in Eurasia.

The sides praised the successful development of Azerbaijan-Turkey interparliamentary cooperation, and expressed their confidence that the friendly and brotherly relations between the two countries would continue to strengthen and expand.

President of the Republic of Azerbaijan Ilham Aliyev has received a delegation led by Speaker of the Grand National Assembly of Turkey Mustafa Sentop, APA reports. 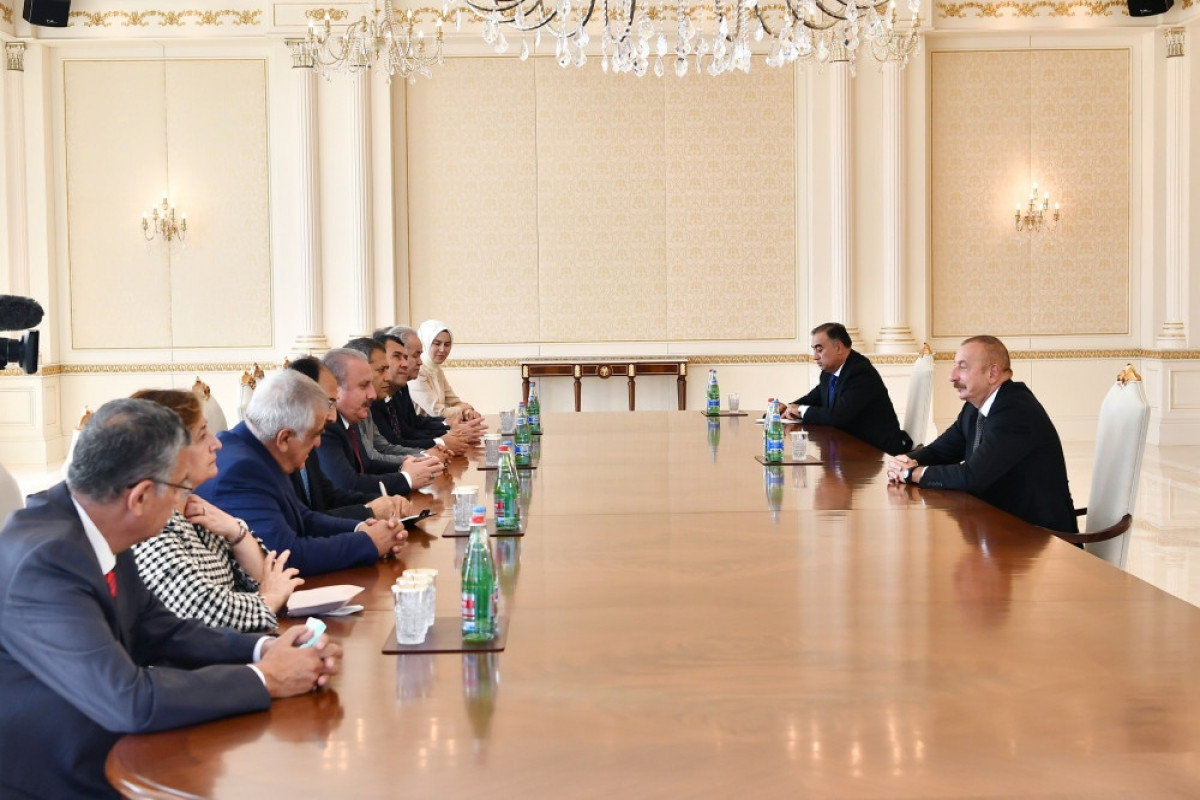