Coronavirus symptom tracker claims up to 6.6 MILLION people in Britain may already have the life-threatening infection 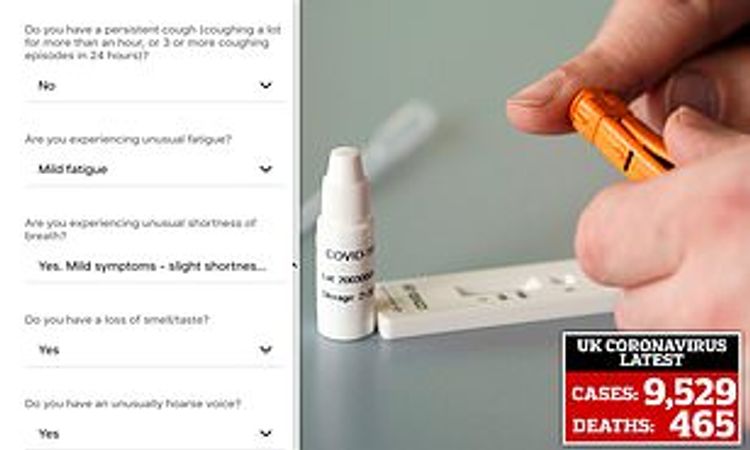 An app tracking people's coronavirus symptoms in their own homes has revealed that more than 6.6 million people in the UK could have had the infection already, APA reports citing Daily Mail.

The COVID Symptom Tracker, created by scientists at King's College London, was downloaded around 650,000 times in the first 24 hours after it launched this week.

Since then it has found that 10 per cent of all the people who signed up have had the symptoms of the coronavirus, which causes fever, coughing and tiredness.

Health authorities in the UK aren't testing anyone for the virus unless they're in hospital so the app could be one of the clearest pictures of how many people are ill.

If its infection rate of one in every 10 people is applied to the UK's population of 66million, that could mean 6.6m or more have already had the illness which has sent the world into hiding.

The early results from the app come amid a row in Britain over a lack of widespread testing and demand that NHS workers, at the least, are tested regularly to make sure they are safe to work.

Prime Minister Boris Johnson and his scientific advisers are adamant that widely available tests are on their way to the public once their accuracy has been tested.

'Our first analysis showed we're picking up roughly that one in 10 have the classical symptoms,' app developer Professor Tim Spector told The Telegraph.

He said he believed there were 65,000 infected patients just among those who were using the app.

The official number of people with the disease in the UK is just 9,529, by comparison.

Tests are currently being rationed to hospital patients and those who become critically ill, so it is impossible to know the true scale of the infection.

Chief scientific adviser to the Government, Sir Patrick Vallance, has suggested that 1,000 cases per death may be a reasonable way of estimating the true scale of the infection.

Professor Spector said there was no truly accurate way of knowing, adding: 'At the moment there is no alternative system.

'I would have expected an NHS or Government version [of the app], but there isn't one.

'This could really help NHS planning, so you could see sports where there are lots of infections rather than just waiting for bombs to fall.'

He said that he was amazed by how many people had signed up for the app already and that the number of users was likely to be more than a million by today, Thursday.

And although doing research this way is likely to be biased – people will be more inclined to download the app if they think they've got the coronavirus – Professor Spector said the sheer number of people involved makes it more reliable.

It was also revealing that large numbers of people are reporting symptoms thought to be less common.

He told the Telegraph that many reported losing their sense of taste, for example.