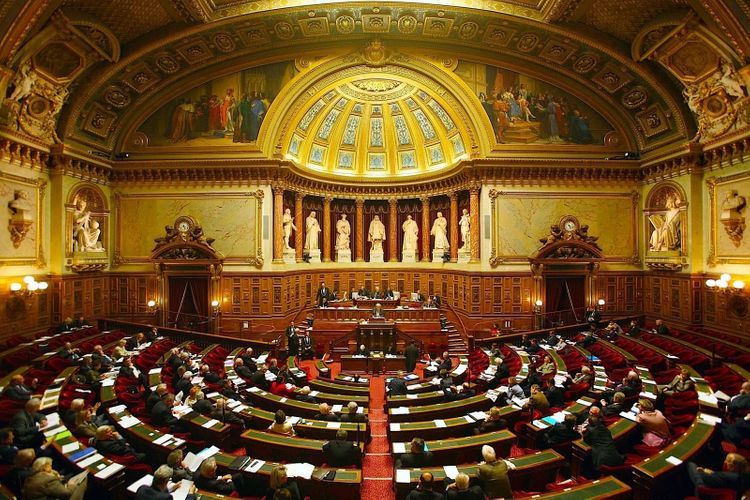 Deputies and senators who are members of the French-Azerbaijani Friendship Group, have addressed an appeal to President of France Emmanuel Macron regarding the acts of provocation committed by Armenia on the Azerbaijani-Armenian border, State Comittee on Work with Diaspora told APA.

According to the Comittee, the appeal that was signed by deputies Guy Bricout, Jean Pierre Door, Jerome Lambert, Jean-Luc Reitzer, senators Alain Houpert, Andre Reichardt emphasized that the area of Nagorno Garabagh and seven adjacent regions of Azerbaijan were kept under occupation by Armenia for about 30 years.

It was noted that the Armenian armed forces violated the ceasefire in the direction of the Tovuz region of Azerbaijan on the state border in recent days. As a result of provocation committed by Armenians, 12 servicemen and one civilian were killed.

At the same time, it was noted that France, together with Russia and the United States, took part in the negotations regarding the Nagorno Garabagh conflict within the framework of the OSCE Minsk Group. It was said that resolutions adopted by UN Security Council and General Assembly on immediate and unconditional withdrawal of Armenian armed forces from Azerbaijani territories were ignored.

The applicants called on the international community, including France, to put pressure on Armenia to comply with international law.  French president was asked to take urgent steps as co-chair of the Minsk Group and a permanent member of the UN Security Council.