‘Greek side rejected all solution offers for Cyprus’ 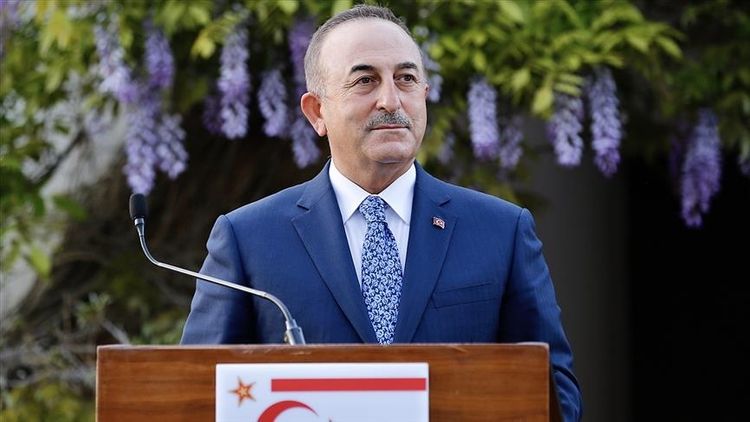 Through more than five decades of talks to resolve the Cyprus issue, the Greek side rejected all solution proposals, the Turkish foreign minister said on Friday, APA reports quoting Anadolu Agency.

“In these 53 years, Turkey and the TRNC [Turkish Republic of Northern Cyprus] have been in extremely constructive approach and showed good intention, but the Greek Cypriot side that do not want to share anything with the Turkish Cypriots and its supporter Greece rejected all solution offers either in referendum or on the table,” Mevlut Cavusoglu said during his meeting with TRNC counterpart Tahsin Ertugruloglu in Lefkosa.

“We don’t have any more tolerance for this. Therefore, we propose a two-state solution based on sovereign equality,” he said.

Cavusoglu, who is on a working visit to the TRNC, said his visit comes ahead of an informal 5+1 meeting on Cyprus that will be held in Geneva this month. The common stance of Ankara and Lefkosa will be decided during his visit, he stated.

He said the last meeting before going to Geneva will be held in Ankara and then they plan to go to Switzerland together.

“If there is a common ground, negotiations may begin with new parameters,” Cavusoglu said, adding that the existing parameters such as UN Security Council resolutions, did not and will not benefit the process.