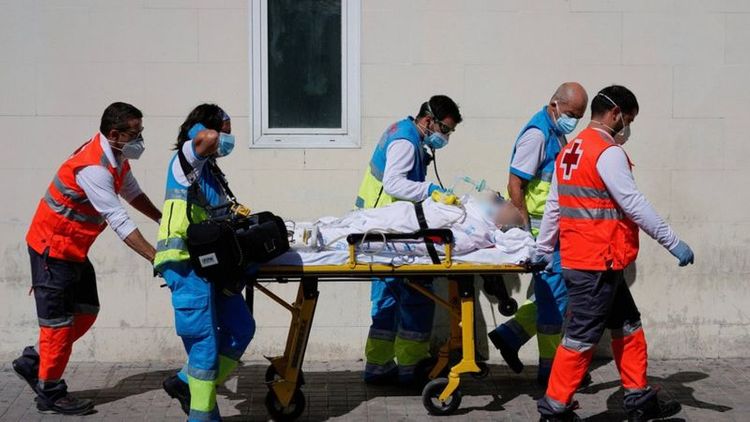 More than three million people in Madrid have had new restrictions imposed on their lives as Spain tries to control the most serious second wave of Covid-19 infections in Europe, APA reports citing BBC.

From this weekend, people can travel outside their home districts for essential journeys only.

Bars and restaurants cannot serve after 22:00. And a maximum of six people are permitted to meet in any setting.

The measures have been demanded by Spain's federal government.

They also take effect in nine towns around the capital.

The restrictions have been resisted by Madrid's city authorities, which tried to use the courts to block their imposition. Madrid's justice minister said it would cost the capital's economy €8bn (£7bn) and regional president Isabel Díaz Ayuso tweeted: "Thanks for the chaos, [Prime Minister] Pedro Sánchez."