Thousands of Czechs rally against President Zeman over Russia views 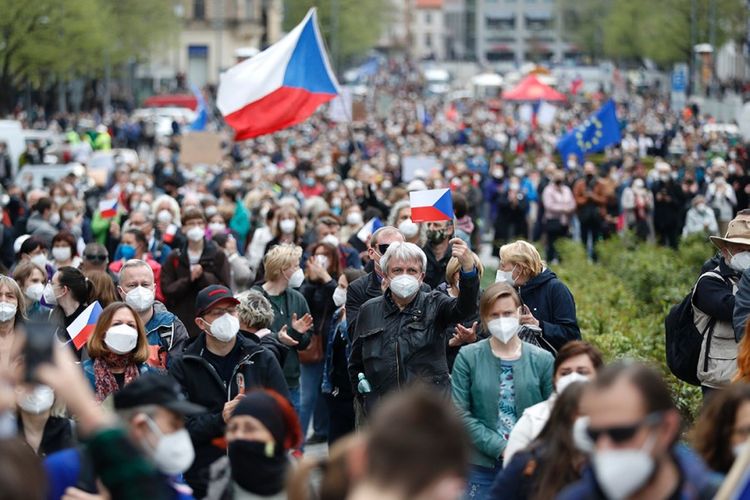 About 10,000 Czechs rallied against President Milos Zeman in central Prague on Thursday, calling for his removal from office for what they say are pro-Russian views that have no place in a European Union nation.

The rally in Wenceslas Square followed Zeman's suggestion last Sunday that Russia was not necessarily behind a 2014 ammunition dump blast in the Czech Republic that killed two people and sparked a row between Prague and Moscow.

Protesters - who mostly observed social distancing due to the coronavirus outbreak - called on senators to file a constitutional lawsuit against Zeman for treason that would remove him from office. Rallies took place in other cities across the nation of 10.7 million.