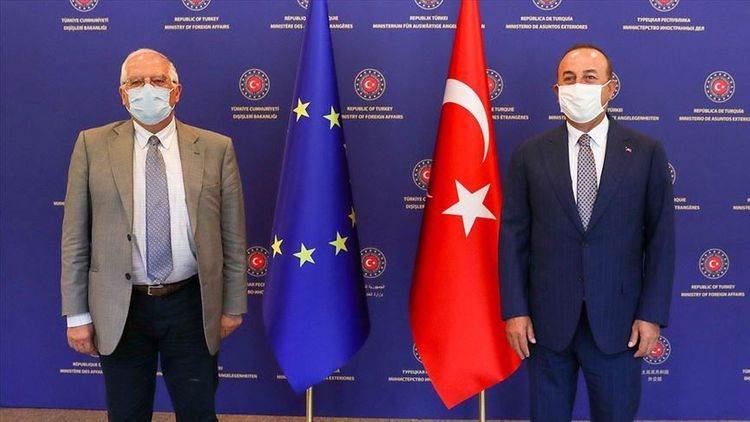 Cavusoglu and Josep Borrell discussed regional developments amid heightened tensions between Greece and Turkey over energy exploration, according to diplomatic sources.

Greece has disputed Turkey's current energy exploration in the Eastern Mediterranean, trying to box in Turkish maritime territory based on small islands near the Turkish coast.

Turkey -- the country with the longest coastline on the Mediterranean -- has sent out drilling ships to explore for energy on its continental shelf, saying that both Turkey and the Turkish Republic of Northern Cyprus (TRNC) have rights in the region.