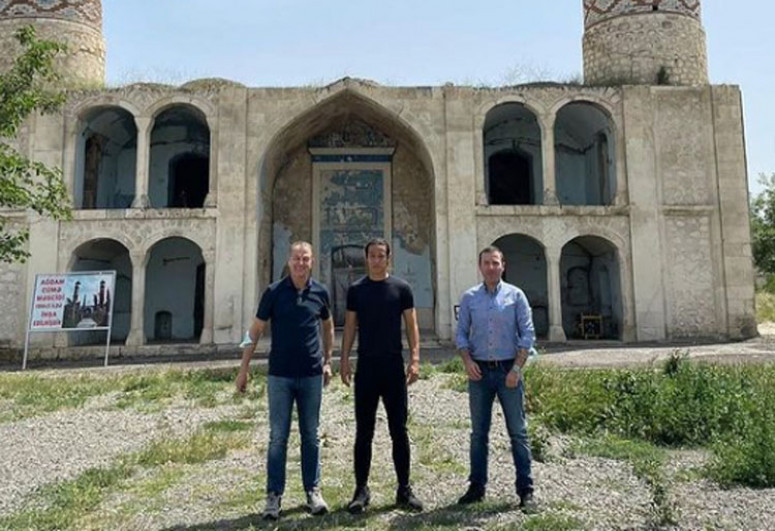 Japanese football player of Neftchi has visited the liberated from the occupation Agdam, midfielder posted on Instagram, APA reports.

Taking a photo with Vice President of AFFA Elkhan Mammadov and head coach of Azerbaijani national team Gianni" De Biasi footballer stressed in his post that yesterday’s match with Karabakh should be held in Imarat stadium: “Yesterday I played against “Karabakh” in Baku. Actually, "Karabakh" had to play home games where I am now - at the "Imarat" stadium in Agdam. Inshallah, football will be reborn here.”

Note that due to destructions by Armenian occupation, Agdam is compared to the Japanese city of Hiroshima, where an atomic bomb was inflicted.