Agenda of extraordinary meeting of FMs of Turkic Council disclosed 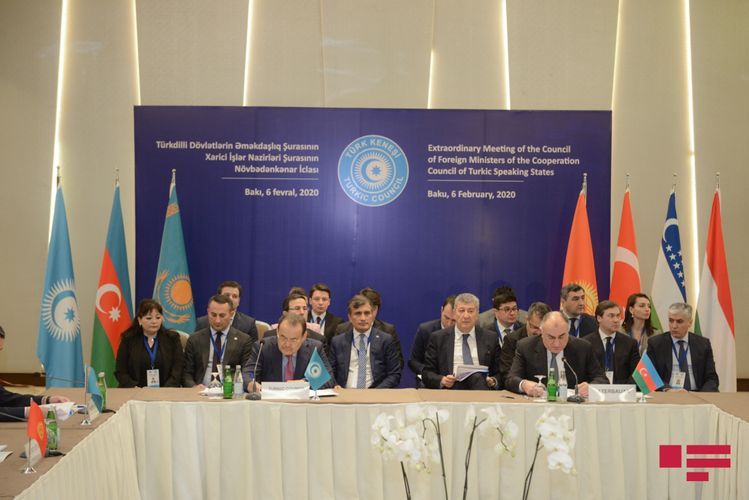 ”We had a very good exchange of views yesterday,”  Azerbaijani Foreign Minister stated at the opening of the extraordinary meeting of Ministers of Foreign Affairs of member states of Council of Cooperation of Turkic-speaking states (Turkic Council), APA reports.

The minister noted that holding of 8th summit of Council of Cooperation of Turkic-speaking states will also be discussed at the meeting: “Expanding of the activity of the representation of Council opening in Budapest will also be in the center of attention.”