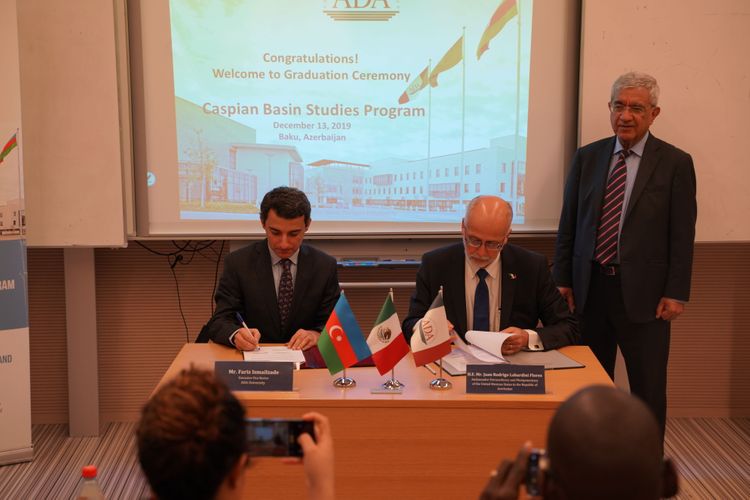 The Memorandum has an aim to impulse the rapprochement and bilateral collaboration. Specifically, it will serve as a framework for training diplomats and thus further strengthen the links that exist between the two States. Likewise, it will facilitate the participation of young diplomats in the cultural and academic programs offered by both countries, the exchange of information and experiences on academic-diplomatic education, the organization of conferences on topics of common interest on the occasion of official visits by representatives of one Party to the State of the other Party, the development of joint programs in academic-diplomatic training, the exchange of specialized publications on diplomacy, foreign policy, international relations and related matters, among other activities.

The Ambassador R.Labardini and the Executive Vice-Rector F. Ismailzade agreed that this Memorandum will contribute to strengthening the friendly relations already existing between both countries and will allow a greater knowledge of foreign policy of both States, through the training of their diplomatic cadres, as well as the development of academic and cultural cooperation. 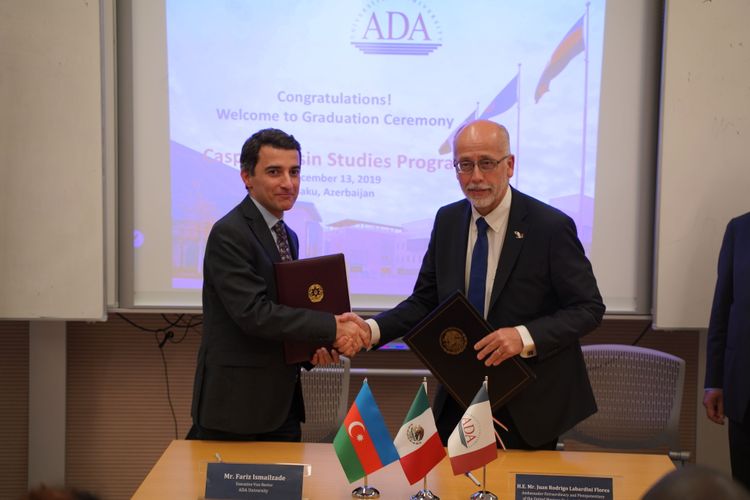 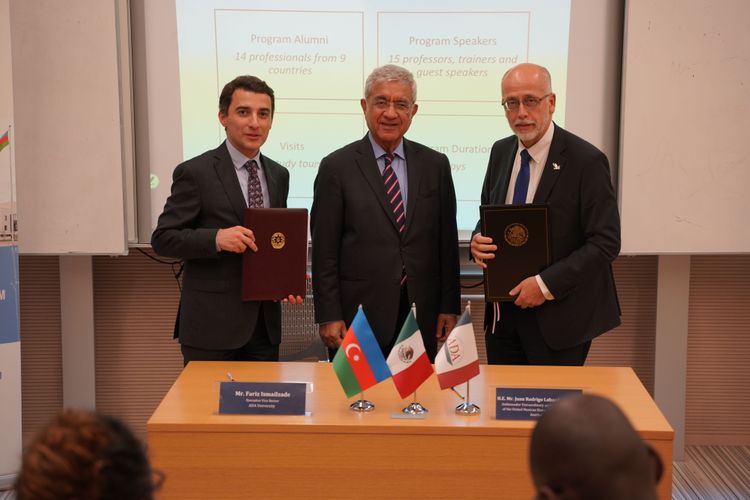