Lavrov speaks about activity of Russian-Turkish Joint Center on Karabakh 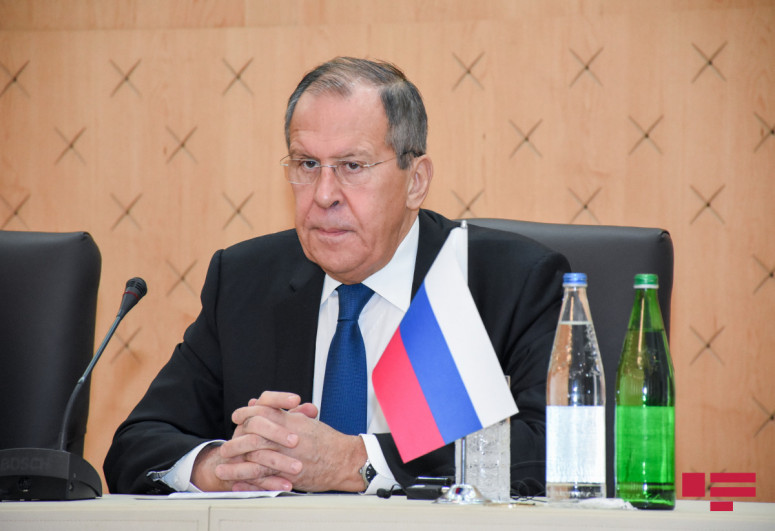 “There are really serious discords between us and Ankara in several international issues. But it does not prevent us from supporting intensive political dialogue with our Turkish partners and developing effective mutual cooperation in different fields – from energy to tourism,” said Russian Foreign Minister Sergey Lavrov in his interview with the newspaper “Argumentı i faktı”, APA’s Moscow correspondent reports.

“Despite serious press of Washington, Turkey, which is a NATO state, is not interested in purchase of advanced military equipment from only Russia, but also it signed an agreement for purchase of S-400 Triumph air defense system. If we talk about the issue of Ukraine, we insistently recommend our Turkish counterpart to analyze the situation attentively in all levels and stop to feed Kiev’s militarist mood. We hope that Ankara’s course will be corrected by taking into consideration our legal concern. It is significant to note regarding Syria that the most favorable mechanism has been created for resolution of the crisis thanks to bilateral agreement with Ankara and agreements reached within the framework of “Astana trio” with participation of Iran.

The situation has been stabilized and our joint efforts prevent the re-ignition of hotbeds of international terrorism. Moreover, Russia, Turkey, and Iran have managed to unite the various groups of the Syrian society and to organize works on the future political structure of the country in the format of the Constitutional Committee. We will continue to be guided by a strategic vision of our common interests in developing cooperation with Turkey without minimizing existing differences. I am sure that this meets the requirements of both Russian and Turkish people” said S. Lavrov.

The FM has also talked about the activity of the Russian-Turkish Joint Center on the ceasefire in Nagorno-Karabakh.

“A joint center with our Turkish partners is operating in the Nagorno-Karabakh conflict zone since January 30 to monitor the ceasefire and all combat operations. This center watches all possible violations only by the observation methods” he said.