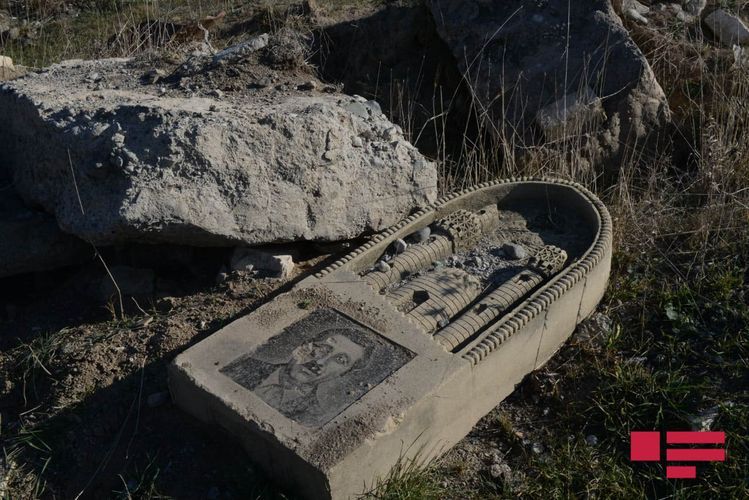 On the instructions of President of the Republic of Azerbaijan, Supreme Commander-in-Chief Ilham Aliyev, ambassadors of foreign countries, heads of international organizations, diplomats and military attaches accredited in our country visited the liberated Kurdish village of Fizuli region, APA's local bureau reports.

Representatives of the diplomatic corps and military attaches were shown the destroyed village cemetery.

Aide to the President of the Republic of Azerbaijan - Head of the Foreign Policy Department of the Presidential Administration Hikmet Hajiyev and Head of the Fizuli District Executive Power Ali Aliyev said that the cemetery of the village, which had been occupied for 27 years, was bulldozed and replaced with wheat and barley.

H. Hajiyev said that this is another sign of Armenian vandalism.