Azerbaijani President: "We caved the enemy’s head. We crushed it so hard that they will remember this forever" 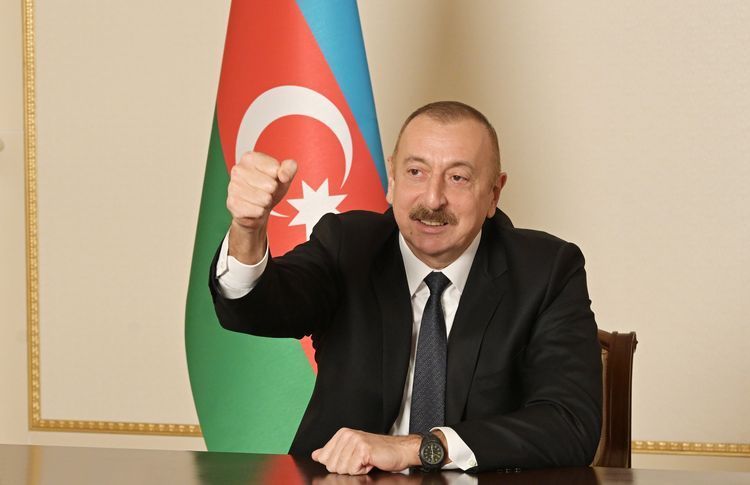 "Sitting in a bunker, the Armenian dictator has completely isolated himself and his nation from the world, while in Azerbaijan there is a unity of the people and the government. This is the difference. This is our strength," said President of the Republic of Azerbaijan Ilham Aliyev in his address to the nation on the occasion of liberation of Aghdam, APA reports.

"Strength and unity. The people of Azerbaijan probably remember me saying repeatedly in the last three to four years that the world is changing, relations are changing, international law does not work, the factor of strength comes to the fore, the principle of “might is right” prevails. All this can be seen in my speeches. Because I correctly analyze the international situation. I do not want to say that we should follow this path. No. Our path is the path of justice and international law. We have not done anything outside of international law. But I said that the factor of strength comes to the fore, and we must be ready for that. Preparations were going on for all these years, both in the economic sphere and in the field of international relations, first of all, in the field of army building. We gathered strength, hit at the right moment and caved the enemy’s head. We crushed it so hard that they will remember this forever. We left a mark on their head. The Azerbaijani people are a victorious people. The Azerbaijani Army is a victorious army. We have won the war on the battlefield, we have won politically and we have liberated our lands from occupiers," said Azerbaijani President.