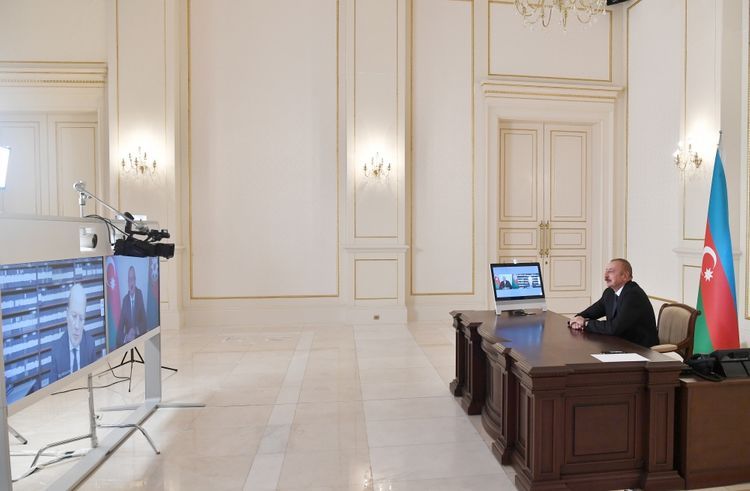 "It is related to the course of political and military occurrences. The main reason is that Armenia wanted to violate negotiation process by all means", said President Ilham Aliyev in his interview to Italian Rai-1 TV Channel as a response to the question on the reason for start of military operations, APA reports.

According to head of state, Armenia's new government has declared many times that basic principles are unacceptable for him, he does not prepare for retuning even an inch of occupied territories: "It is contrary to the basic principles. Prime Minister declared that Azerbaijan should conduct negotiations not with Armenia, but with heads of so-called "Nagorno Garabagh". It was unacceptable both for us and OSCE Minsk Group. Prime Minister also declared that "Garabagh is Armenia and dot". He completely violated the negotiations process in this way. Negotiations have not been conducted over the last year in practice and Armenia attempted to commit a provocation three times in order to blame us - on the border in July, a provocative group was sent in August, and our civilian cities were shelled in September. Probably, they thought that we will demonstrate patience for this time too, but it was not so. We so responded to them that they regret now."