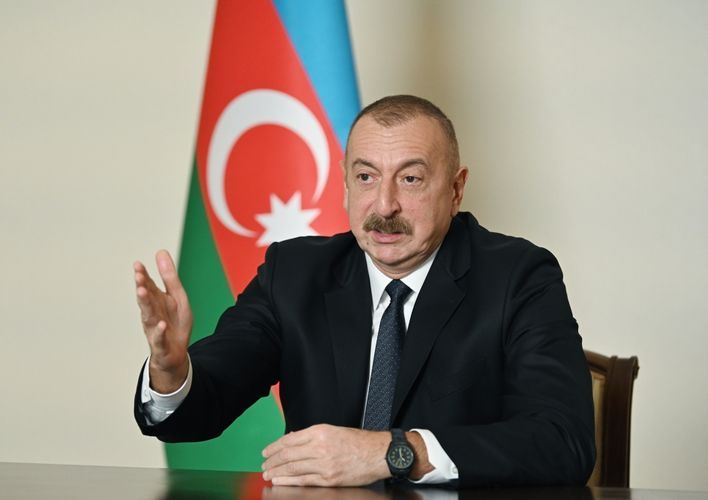 "I think one of the reasons why these ceasefires didn’t work, was the attempt of Armenia to regain back the territories which have been already liberated by us. In other words, they wanted to occupy them again. Therefore, they tried to use the ceasefire, which as you correctly mentioned was announced on humanitarian grounds, in order to mobilize their resources and launch a new attack", said President of the Republic of Azerbaijan Ilham Aliyev on November 2 in an interview with Spanish EFE news agency, APA reports.

According to Head of state, when they failed to do it, they launched a ballistic missile attack from the territory of Armenia on the second largest city of Azerbaijan, Ganja: "They did it twice. But first time on the 10th of October right after the ceasefire was announced. And that caused the killings of almost 10 civilians and tens have been wounded. So, they brutally violated the first ceasefire. The second ceasefire also was violated by them in about five minutes after the announced time. And the third ceasefire they violated by attacking the peaceful city of Barda, where 21 civilians were killed and 70 wounded. So, all three times it was Armenian deliberate, aggressive attack on us, and we had to respond, we had to defend ourselves."