Azerbaijan’s MFA: This is another war crime committed by Armenia ignoring its obligations to international humanitarian law 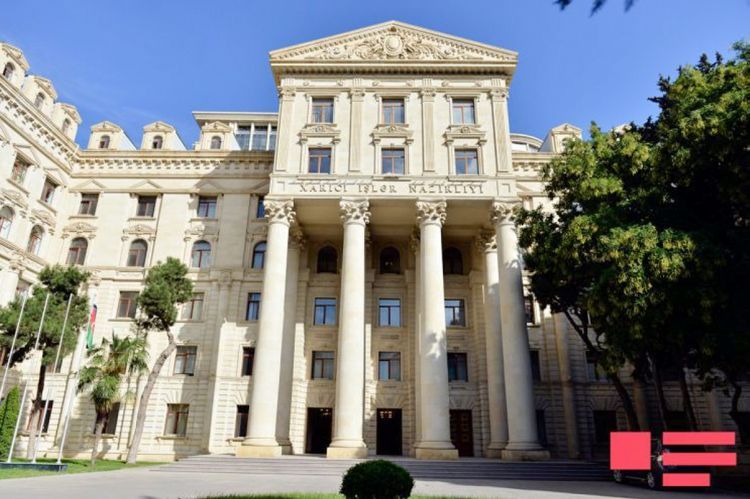 The information says on October 27, as a result of the rocket fires launched from Smerch multiple-launch rocket system by Armenia’s armed forces on Azerbaijan’s Berde region, 4 civilian persons including a juvenile child lost their lives and 13 persons including children and women sustained serious injury.

“This is another war crime committed by Armenia ignoring its obligations to international humanitarian law, blatantly violating the humanitarian ceasefire regime agreed for the third time by continuous efforts of international mediators during recent days.

The committing of another bloody crime by Armenia’s armed forces on the eve of the meeting that will be held in Geneva by the ministers of Foreign Affairs of the two countries with the OSCE Minsk Group co-chairs is the bright indicator of the fact that aggressor Armenia is not interested in political solution of the conflict and pursues the goal of creating an obstacle to the negotiations by every means.

Armenia’s political and military leadership bears full responsibility for committing the crime against humanity in regard to Azerbaijan’s peaceful population. We call on international community to display resolute stance in order to ensure accounting for the crime by the criminals in front of court of justice”, is stressed in the information.