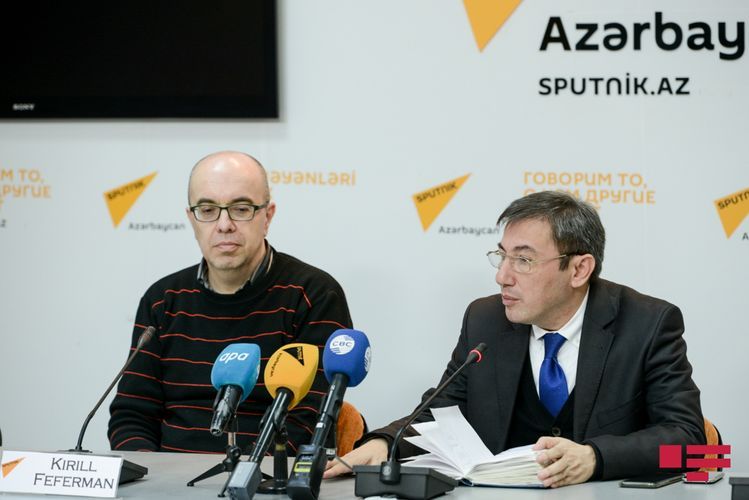 "The events occurring in Azerbaijan and Caucasus don’t represent so much significance for the contemporary Europeans and Americans", said Kiril Feferman, head of the Center for Holocaust Research in his statement to journalists, APA reports.

He said the decades are needed for familiarization of the world with Azerbaijan’s tragedy: "The Holocaust event is accepted in the West as a violation of basic human rights. It is also necessary to erect memorial monuments, to hold conferences and to write scientific works about Khojaly tragedy in order to familiarize the world with this tragedy which occurred in Azerbaijan".

K. Feferman noted using the language of the film could be helpful for recognition of the Khojaly tragedy: “If scientific films and conferences on the tragedy serve for certain academic circles, shooting a film on Khojaly can help for its spread to a larger amount of people. Especially, the participation of a worldwide famous actor in the film increases its importance. I think, using such kinds of PR elements can help for much more spread of the tragedy. However, I should say that recognition of the tragedy in the world may take some time, it is not an easy issue.”