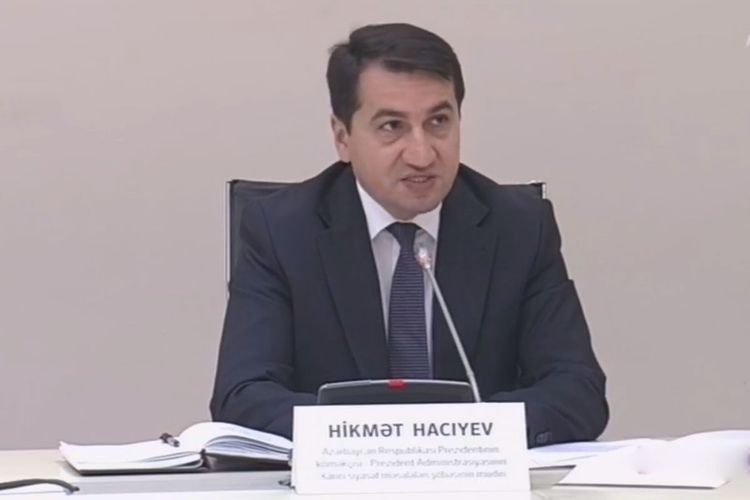 Assistant to Azerbaijani President noted that starting from September 27 Armenian armed forces fired 30 thousand projectiles, more than 227 rockets on civilian facilities: “Even ballistic, cassette missiles have been used. Targeting civilian facilities was part of Armenia’s military doctrine. Such steps were also taken at the beginning of the 1990s, we saw this in the Khojaly genocide too. Armenia’s goal was to panic civilians and to create a humanitarian catastrophe in Azerbaijan. They applied the same tactic in Tovuz events and after September 27. In 2018, the Chief of General Staff of the Armenian Armed Forces stated that 500,000 Azerbaijani civilians living along the borders are their target. However, as a result of the command of Azerbaijani President Ilham Aliyev, Armenia’s military goals failed. This time Armenia targeted Ganja, Mingachevir cities that are far away from the frontline,  Khizi, Siyazan cities located on the Caspian coast. This is a strategy that continues from the Khojaly tragedy. The destruction of Armenia's legitimate military facilities under the leadership of the Supreme Commander-in-Chief has prevented the widespread implementation of this policy.”