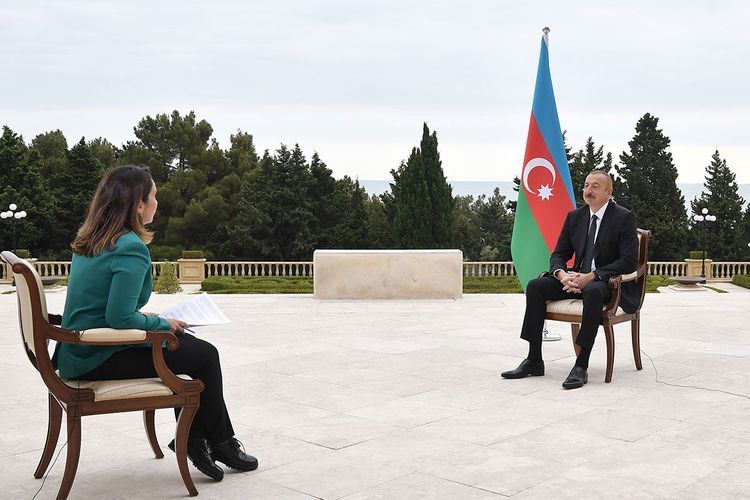 "Turkey is our brotherly country from the very first day of Armenian attack, from the very 1st hour, Turkey expressed its full support to Azerbaijan," President of the Republic of Azerbaijan Ilham Aliyev said in an interview to Al Jazeera TV channel, APA reports.

"My brother, president Erdogan many times made very important statements. And yesterday speaking at the opening session of the parliament he made another very important statements that Turkey is next to Azerbaijan, and Azerbaijan is not alone. We feel the support we are very grateful to our Turkish brothers and president, and other officials. But Turkey in no other way is involved in the conflict. One of the Armenian fake news which now is not any longer in the media, was that Turkish F-16 shot down Armenia’s SU-25. This is fake news. Where are the proofs? No proofs. Every plane, which lands and takes off is in the computer. Everybody can see what is happening. And I wonder why? Minsk Group co-chair countries France, United States, Russia they do not comment on that. They do not comment on this fake news, some of them comment on other fake news that Azerbaijan with Turkey invited terrorists here," said Azerbaijani President.