President of Azerbaijan: Armenia is a country where Islamophobia is a state policy 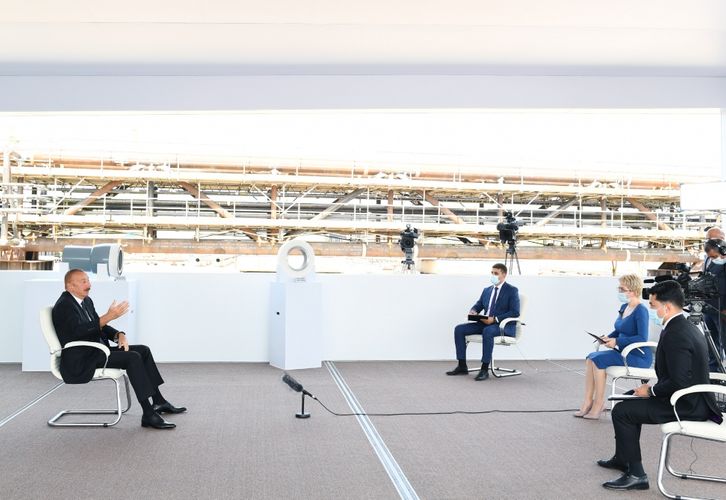 “Azerbaijan has always been very active in the way of Islamic solidarity. Many events have been held in our country. We have always tried to help Muslim countries. We have always defended the interests of Muslim countries in international organizations. At the same time, if a Muslim country nominated its candidacy for an international organization, we have always supported it during the voting. That is, this solidarity should be in deed, not in words,” President of the Republic of Azerbaijan Ilham Aliyev said in an interview with Azerbaijani television channels after the groundbreaking ceremony for the Absheron field offshore operations at the Heydar Aliyev Baku Deep Water Jackets Plant on 19 September, APA reports citing the Presidential press service.

“We are one of the countries that have always attached great importance to Islamic solidarity in our foreign policy. You can see this in my speeches on foreign policy. One of our main priorities is relations with Muslim countries. Because we are part of the Muslim world. The countries that support us the most at the UN are also Muslim countries. The Organization of Islamic Cooperation has always taken the right position on the Armenia-Azerbaijan Nagorno-Karabakh conflict. Many resolutions have been adopted, including one related to the Tovuz provocation.”

“Armenia is not an ordinary country. Armenia is a country where Islamophobia is a state policy. They raise their children in the spirit of hatred for the Muslims. They want to instill this ideology in their children.”