Russian Defence Ministry: More than 170 flights carried out to carry peacekeepers to Karabakh 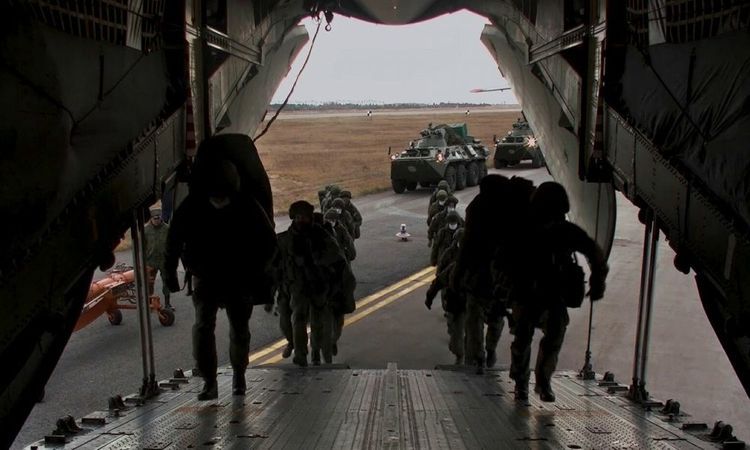 The next military transport planes of Russian Aerospace Forces which carry Russian peacekeeper forces have left for Armenia, APA reports citing the Russian Ministry of Defense.

Several other İl-76 and An-124 “Ruslan military transport vehicle s carrying personnel and military equipment of the 15th peacekeeping brigade, which will take part in peacekeeping operations in Nagorno-Karabakh departed from Ulyanovsk Vostochniy airfield and landed at Yerevan.

It has been noted that from November 10 more than 170 flights were carried out to Armenia.