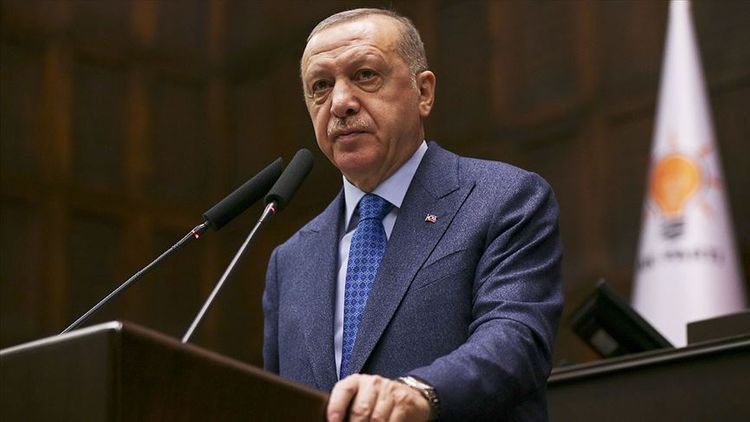 “It is time this ancient geography which became playground of imperialists, to get rid of this clamp,” said Turkish President Recep Tayyip Erdogan in his speech at a group meeting of Justice and Development Party, APA reports.

He noted that it is more than 30 years that Azerbaijanis were expelled from Nagorno Garabagh and surrounding regions: “Despite this co-chairs of the OSCE Minsk group the USA, Russia and France did not resolve this conflict. They talked in each meeting and then went. Of course, Azerbaijan has to protect the security of its citizens. Armenia attacked, and Azerbaijan defended itself.”