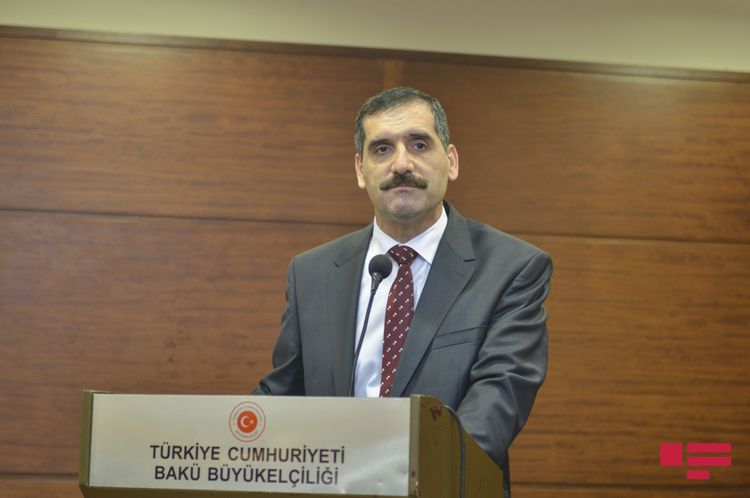 “We are celebrating with great enthusiasm the 97th anniversary of the republic that crowned the great victory we won in the War of Independence under the leadership of Gazi Mustafa Kemal Ataturk. One hundred years ago, the greatest aid to Anatolia in the War of Independence came from brotherly Azerbaijan,” said the Ambassador of Turkey to Azerbaijan Erkan Ozoral, APA reports.

He noted that today, Azerbaijan is waging a great war of independence in order to liberate its occupied lands: "Turkey that turned into one of the most powerful countries of the world stands by fraternal Azerbaijan in this righteous struggle of it. The heart of all of us beats for liberation by Azerbaijan of its lands, return of our brothers to their native lands which they were forced to leave many years ago. We commemorate with gratitude all our martyrs who sacrificed their lives for the sake of salvation, security, welfare, and happiness of Turkey and Azerbaijan together with Hero Mustafa Kemal Atatürk and his companions-in-arms. Long live Turkey-Azerbaijan brotherhood!”, the ambassador noted.