President: The iron fist has shown our strength 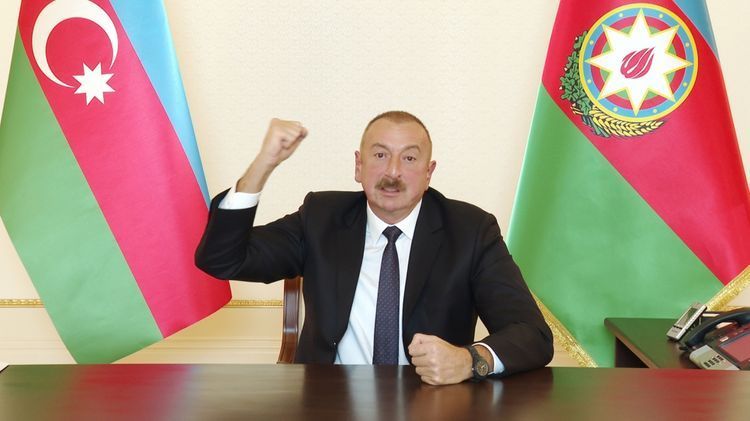 "During the war, I regularly informed my dear people about the war. The war progressed right before the eyes of our people. After the war, some information has been provided about some operations and some decisions," said Azerbaijani President Ilham Aliyev in his address to the nation on the occasion of the Day of Solidarity of World Azerbaijanis and New Year, APA reports.

"I do not want to spend too much time on this issue. But in a matter of 44 days, the Azerbaijani Army destroyed the Armenian army. Our heroic soldiers and officers showed the strength of Azerbaijan. Thanks to the properly planned and implemented operations, technical capabilities, the heroism and bravery of our heroic sons, we did the impossible, we destroyed the enemy, the enemy threw in a towel, the enemy fell to its knees. After liberating more than 300 of our cities and villages, the ancient city of Azerbaijan, our native Shusha, and many other settlements, the enemy completely surrendered, signed an act of capitulation and was forced to withdraw from the other occupied lands.

The war is now in the past. The war showed our strength, our indomitable will and our unity. The iron fist, which has become a symbol of war, a symbol of victory, has shown our strength. It is an iron fist of unity and strength. There is unity in our society, our country has strength and will always have it. If someone in Armenia cherishes a sense of revenge, they are making a big mistake. They must never forget this 44-day war. From now on, if anyone tries to insult the Azerbaijani people, they will learn the lesson that will make the 44-day war look small," said President Ilham Aliyev.