Agreement on grain corridor was signed between Turkiye, Russia, UN and Ukraine in Istanbul 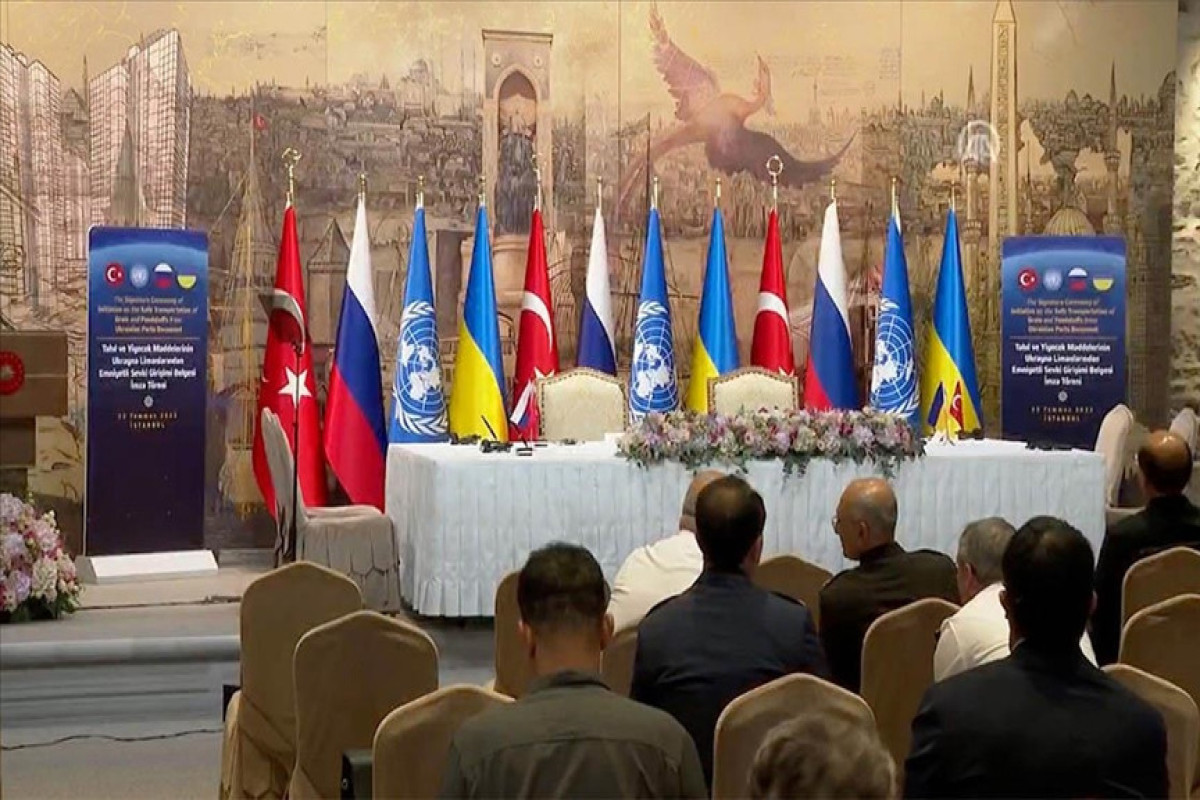 An agreement on the grain corridor was signed between Turkiye, Russia, UN, and Ukraine in Istanbul, APA reports.

The agreement was first signed by Turkiye, Russia and the UN.