Azerbaijan MFA: Adoption of a completely biased resolution by the French Senate can only be considered as a provocation 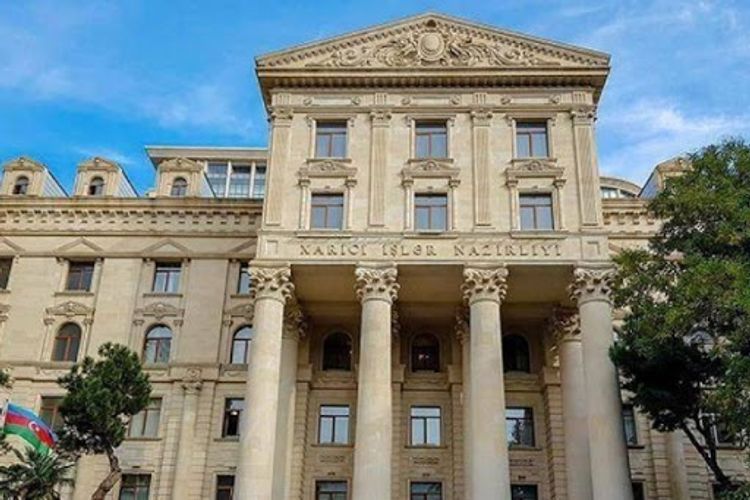 The Ministry of Foreign Affairs (MFA) of the Republic of Azerbaijan has commented on the proposal for a resolution on "The need to recognize the Nagorno-Karabakh Republic" adopted by the French Senate, the Press Service Department of the MFA told APA.

"First of all, we would like to note that the proposal for a resolution on "The need to recognize the Nagorno-Karabakh Republic" adopted by the French Senate was put forward by a group of overtly pro-Armenian senators. The day before the vote on the resolution, the Ambassador of the Republic of Azerbaijan to France addressed the members of the Senate in accordance with the hearing procedures of the Senate and provided detailed information on the one-sided and untrue points reflected in the proposal of the resolution. As such, the adoption of a completely biased resolution by the Senate can only be considered as a provocation. It seems that French Armenians widely use the issue of the conflict for election purposes.

We would like to emphasize that the resolution adopted by the Senate has no legal force. Nevertheless, given the political significance of the resolution, the imposition of such a resolution by a country with a mediating mandate seriously casts doubt on the country's neutrality. It also undermines France's reputation as a fair mediator in the Azerbaijani society.

Of course, it should be noted that the official position of the French Republic on the settlement of the conflict was voiced by high-ranking state officials, including the President and Foreign Minister. France supports the territorial integrity of Azerbaijan, and this is reflected both in the documents signed in bilateral framework and with the European Union. The Secretary of State of the French Ministry of Europe and Foreign Affairs, who addressed the discussions in the Senate, also expressed the official position in his speech.

Instead of adopting biased resolutions, engagement of the French Senate in activities that serve peace, stability and progress in the region would respond to the interests of France and lead to the sustainable development of the region," said the Ministry.