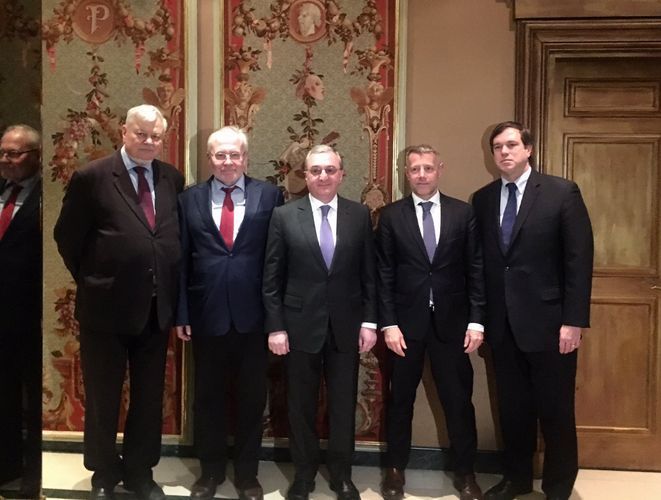 The quotes voiced by Armenia’s Prime Minister Nikol Pashinyan at the press conference in Qafan in regard to the process of negotiations about Nagorno Garabagh conflict have caused quite serious concern of OSCE Minsk Group co-chairmen, according to the information disseminated by the “168 jam” newspaper referring to its personal sources, APA reports.

The co-chairs have unequivocally perceived opinions that contradict the strategy of Minsk Group as another manifestation of an attempt at self-activity by Pashinyan.

Note that Nikol Pashinyan stated in a press conference held in Gafan that Fuzuli, Aghdam, Zangilan, Gubadli, Jabrayil, Kalbajar, and Lachin regions were planned to return to Azerbaijan in document on resolution of Nagorno Garabagh conflict in talks held during the term of former President Serzh Sargsyan.