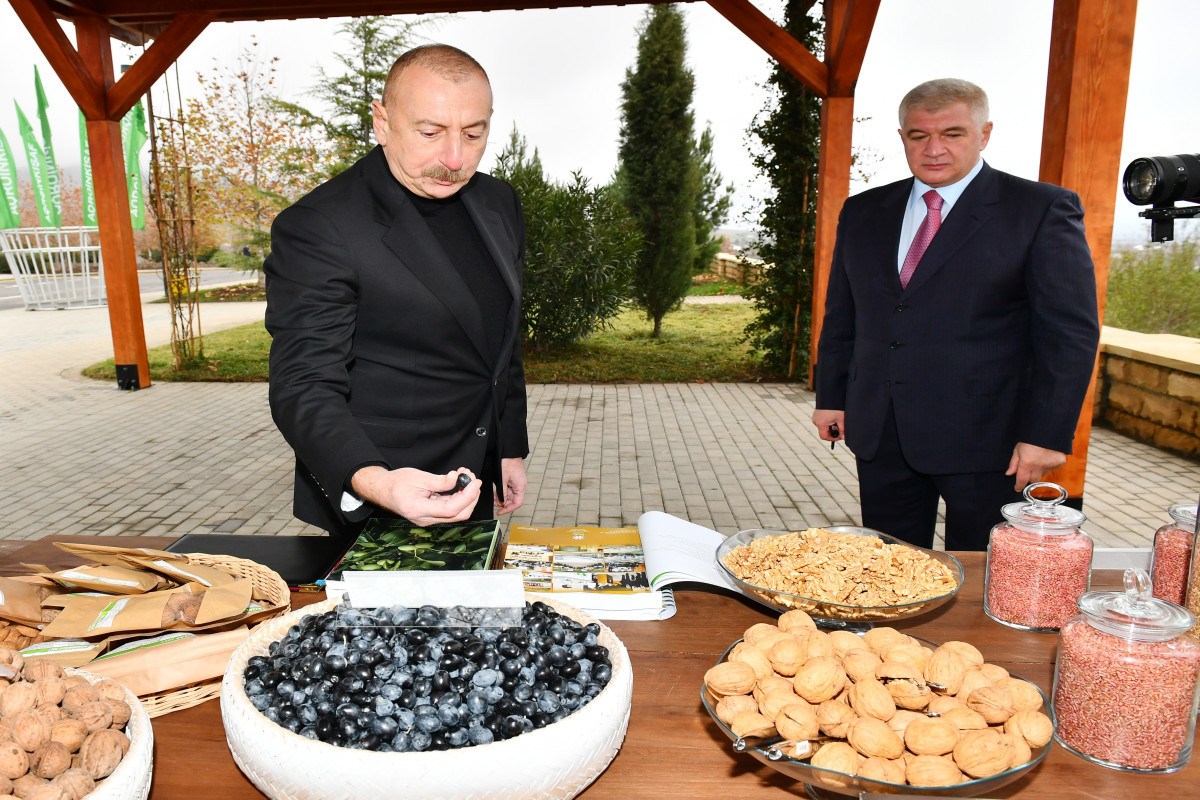 Head of “Agroinkishaf-2017” Limited Liability Company Ruslan Sadikhov informed the head of state of the activities of the Agropark.

The agro-park, established on a total area of 11,000 hectares, including 9,700 hectares in the territory of Shaki district and 1,300 hectares in Oghuz district, operates in the fields of horticulture and agriculture. Walnut, almond and olive groves are cultivated and grain crops are grown here. The total value of the project is 30 million manats. 67.8 million manats of public funds have been invested in the creation of the necessary infrastructure.

It was noted that starting from 2017, “Agroinkishaf 2017” LLC used the experience of American farms and Australian company “Webster” to initiate the production of walnuts in Azerbaijan. The agro-park is equipped with a system of drip irrigation established on an area of 2,000 hectares, three weather stations, office buildings, a phyto-laboratory, refrigeration chambers for seedling production, mechanization areas and warehouses.

Products grown in the agropark were presented to President Ilham Aliyev.

The construction of a 1,000-hectare almond orchard has started in the area. Currently, 160 hectares of orchards for four types of almonds have been planted, with plans to increase it to 300 hectares by the end of the year. This year, 1.2 tons of almonds were sold to “AzBadam” for the first time.

It was indicated that high-quality wheat production was organized on an area of 9,000 hectares, 30,000-ton silo facilities built and the necessary infrastructure established. As a result of the agro-technical measures taken, the average yield per hectare has reached 1.5 tons, in some cases 4 tons. About 2,000 tons of seeds are grown and processed annually to provide the farm with high-quality seeds.

At present, 160 people have been recruited for permanent and 200 seasonal jobs. The farm was supplied with 31 tractors with GPS devices, four combine harvesters, four modern sprayers, 55 different trailers and pieces of equipment.

The head of state planted a tree in the territory of the Agropark. 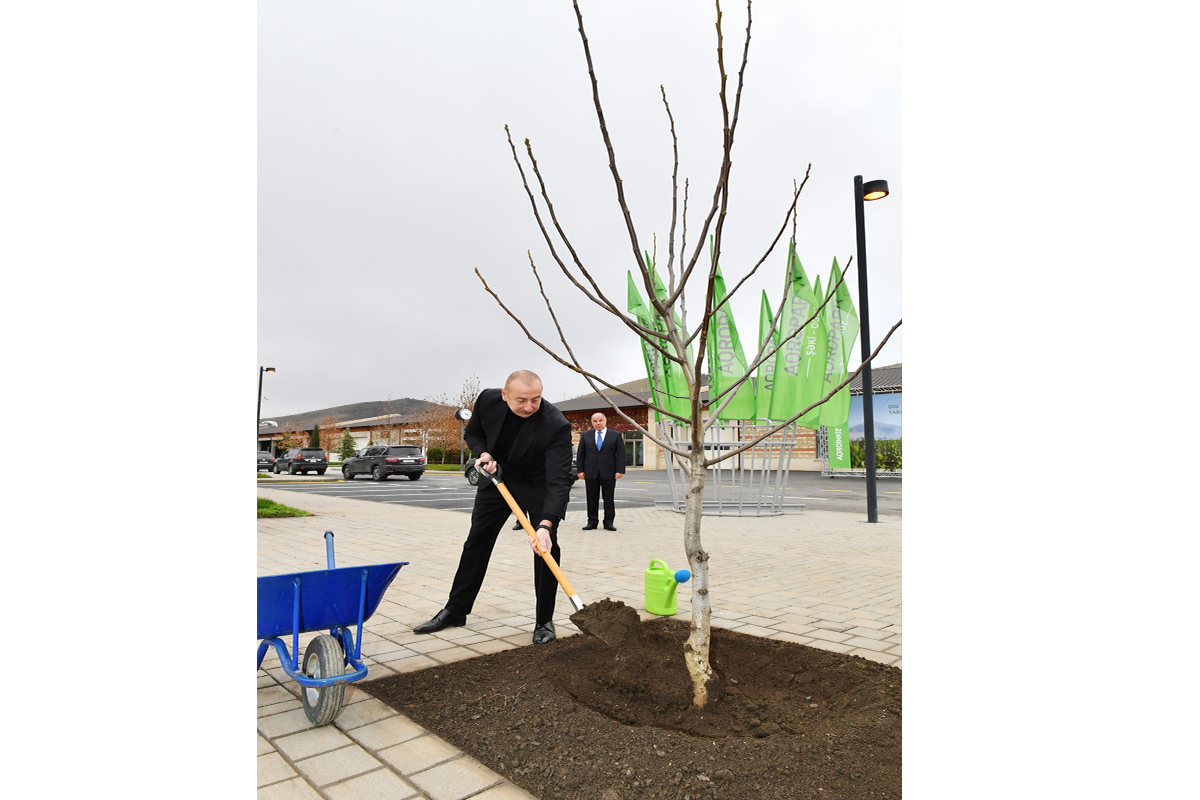 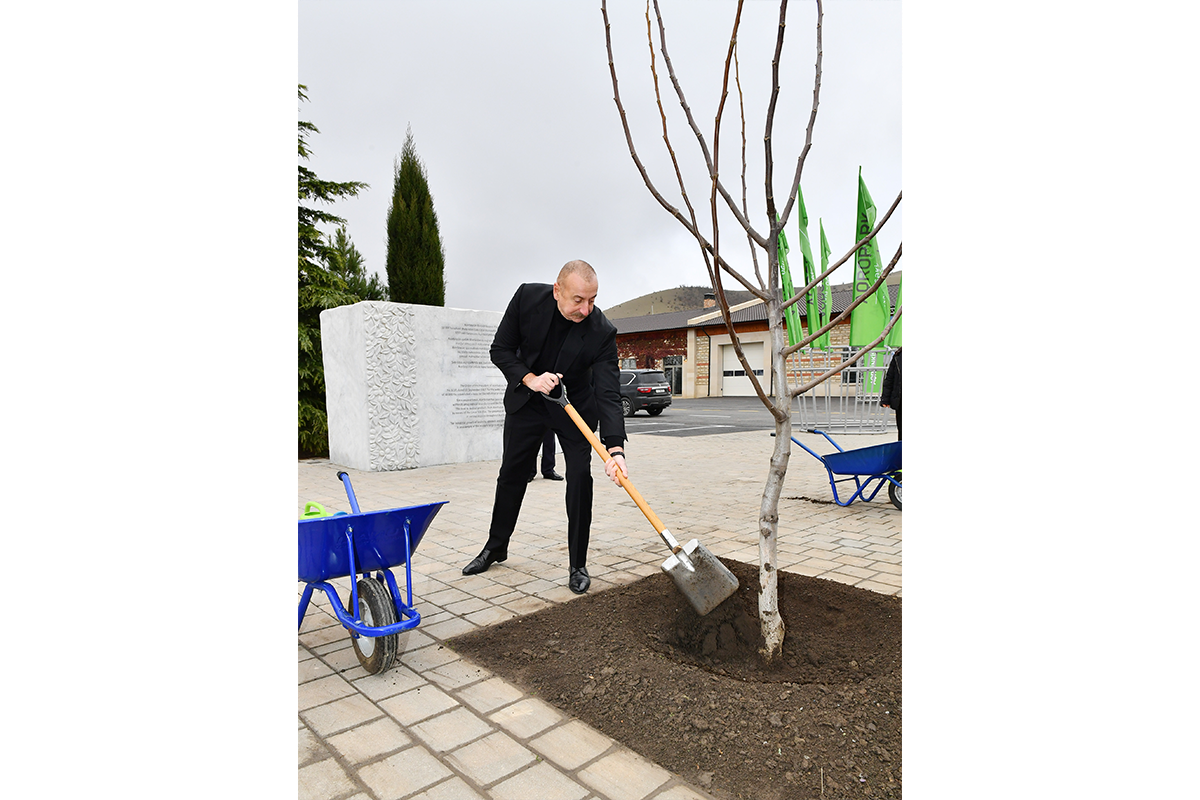 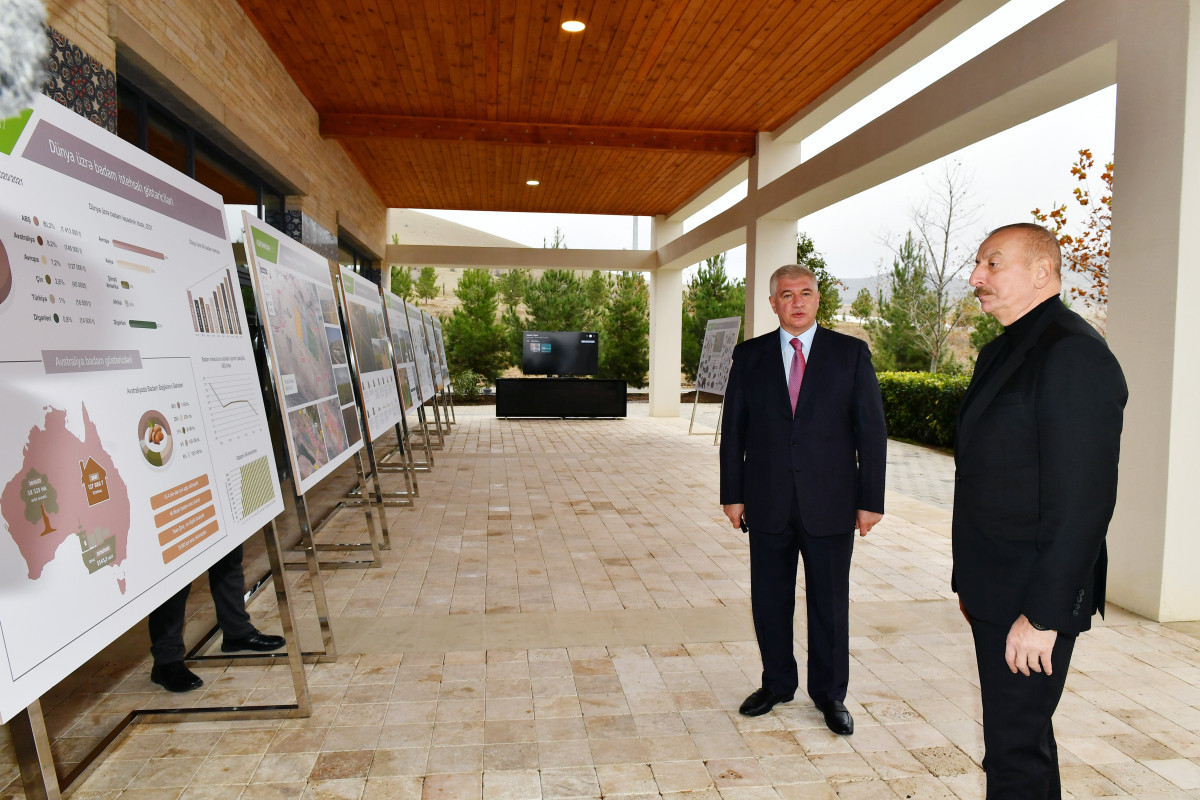 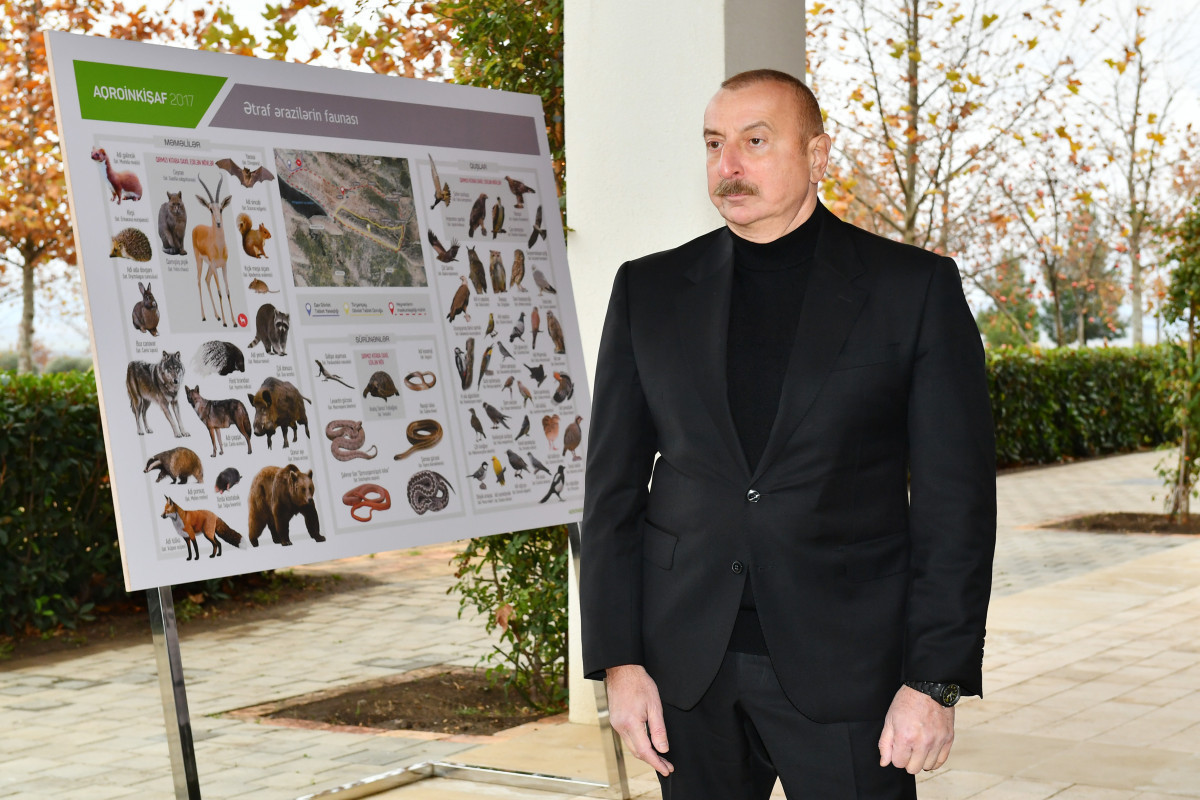 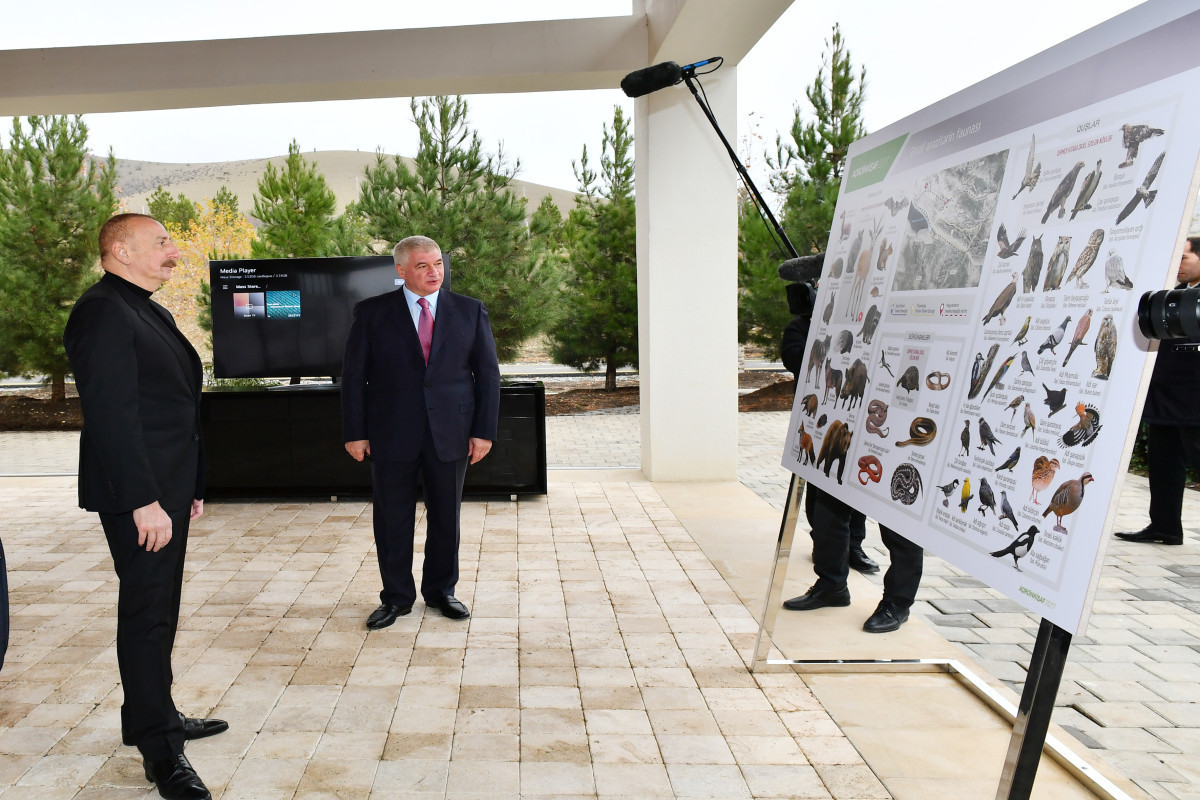 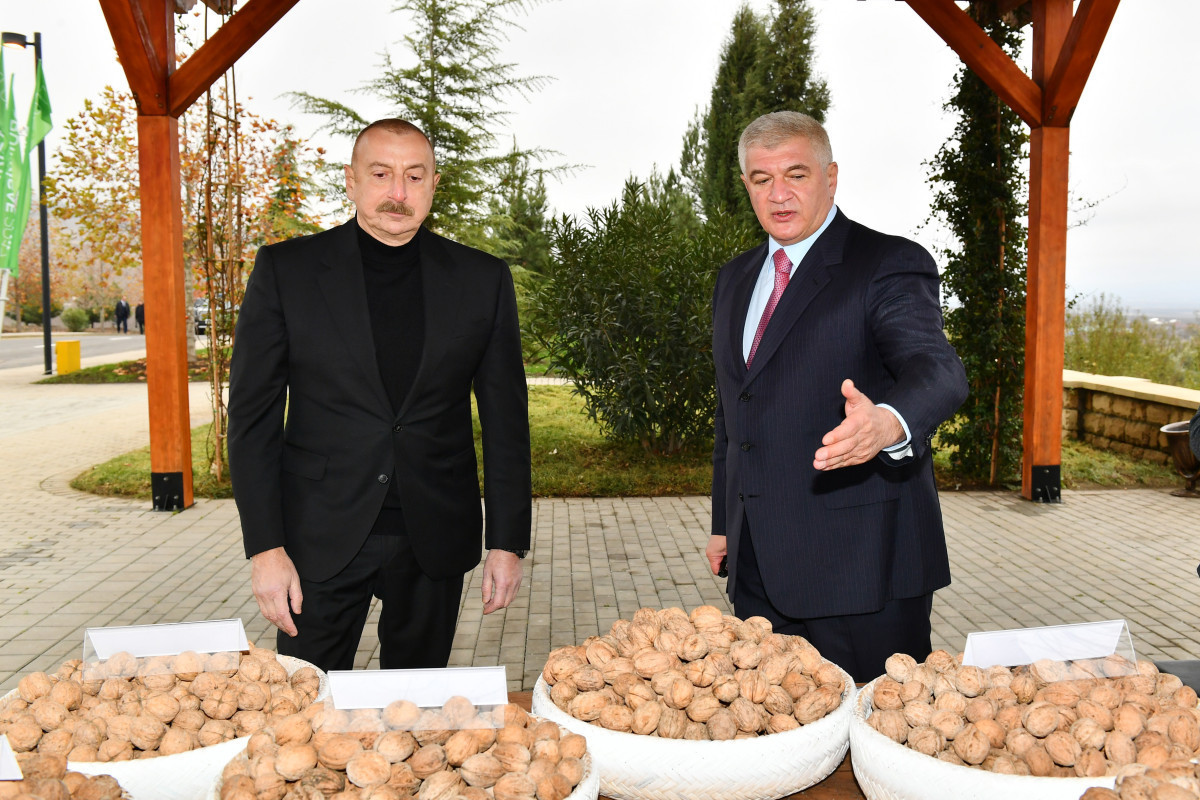 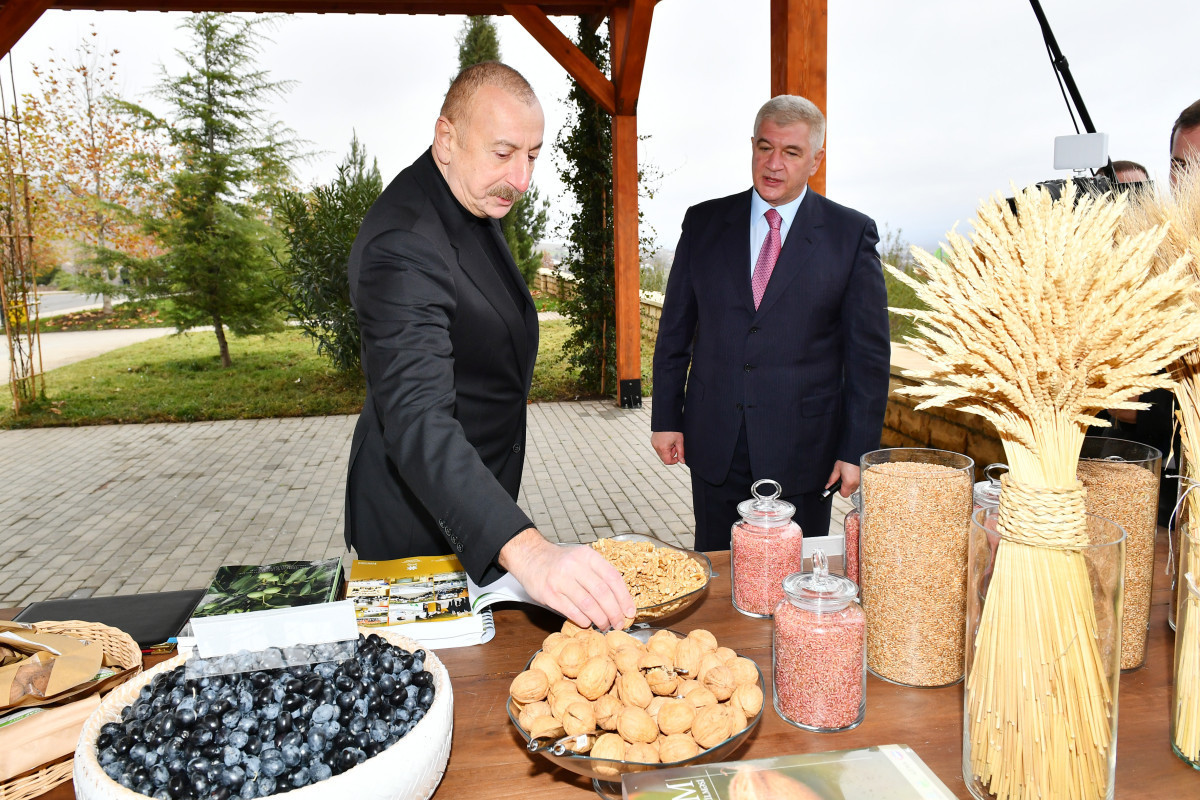 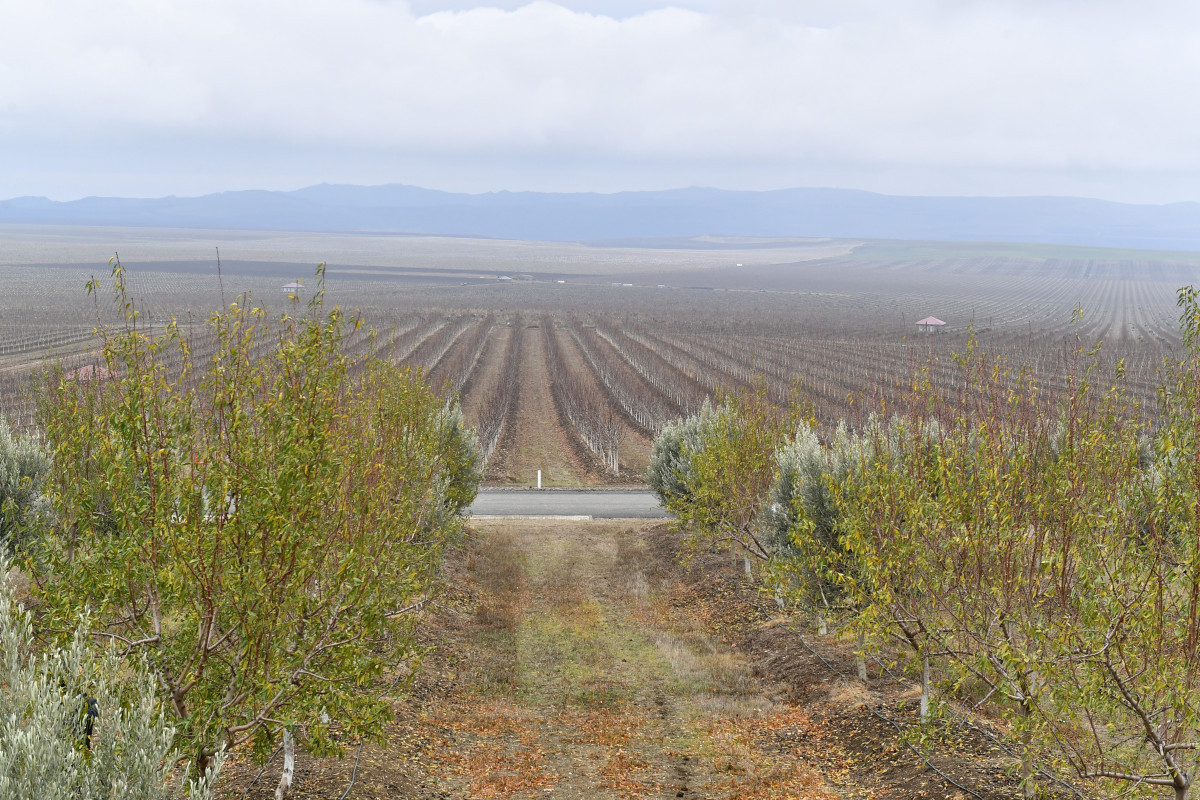 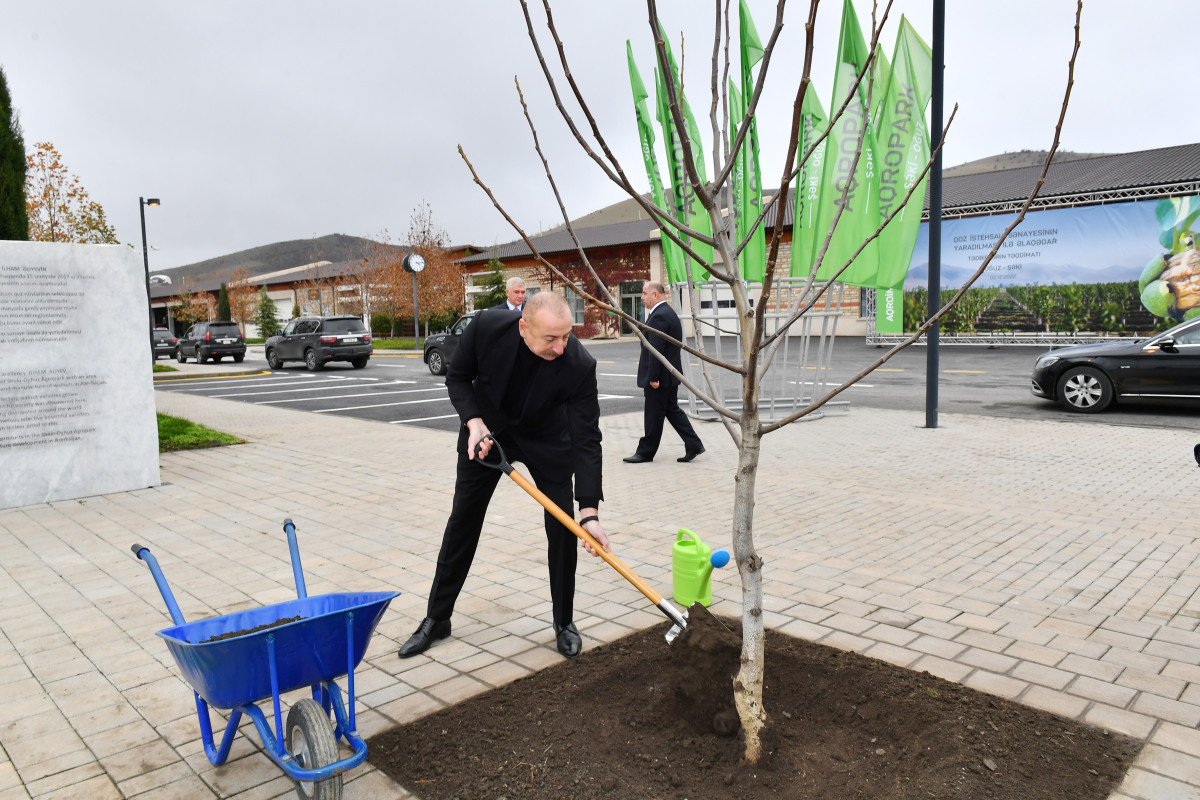 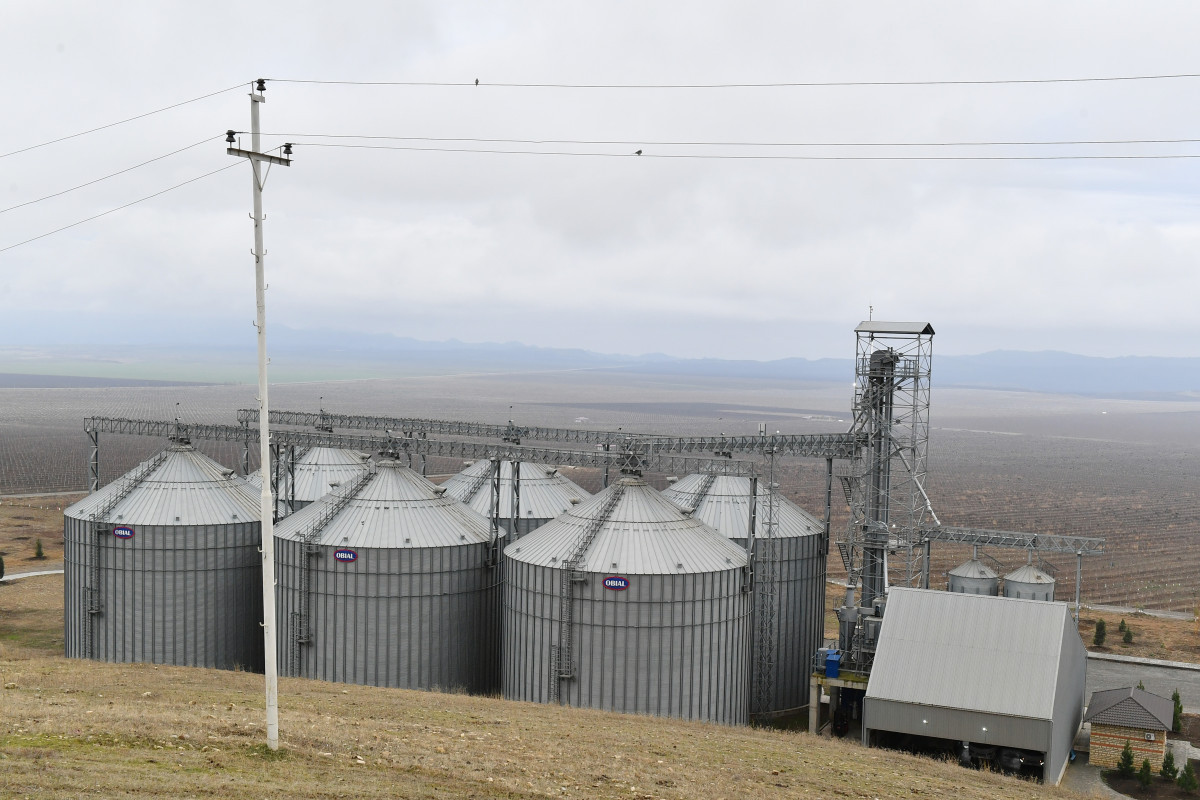 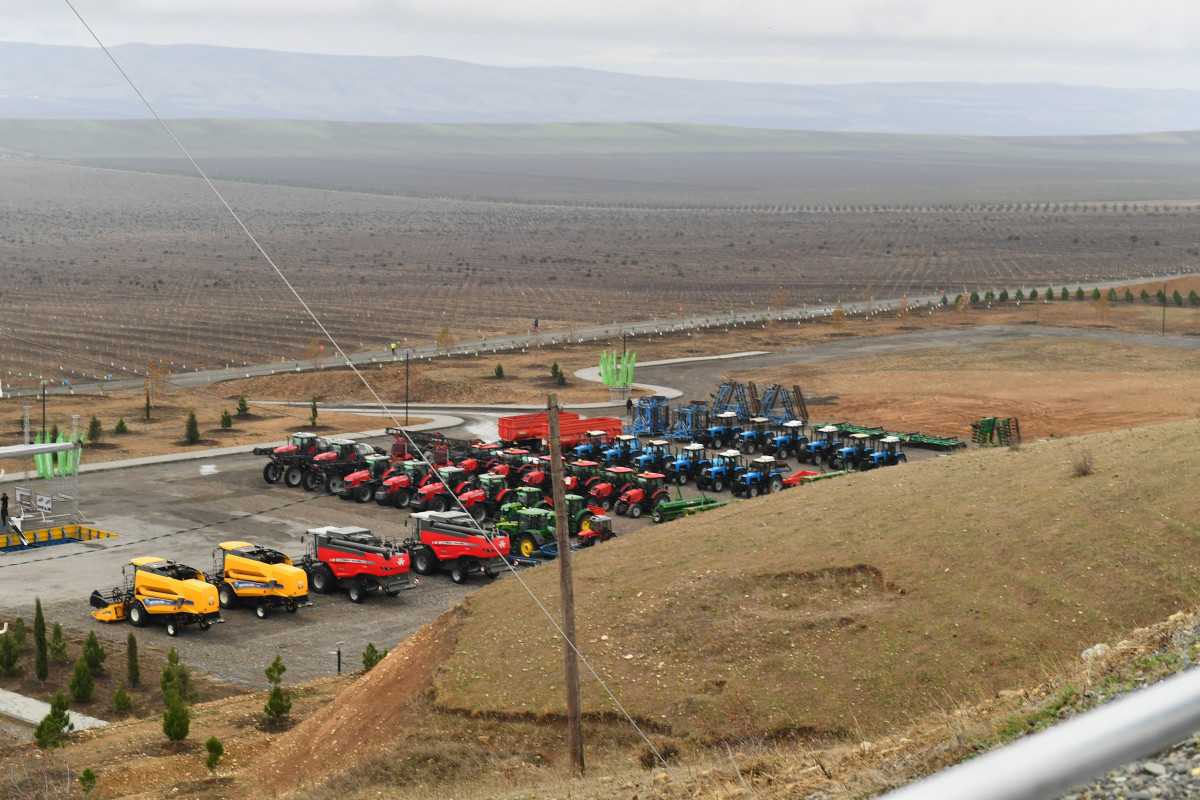 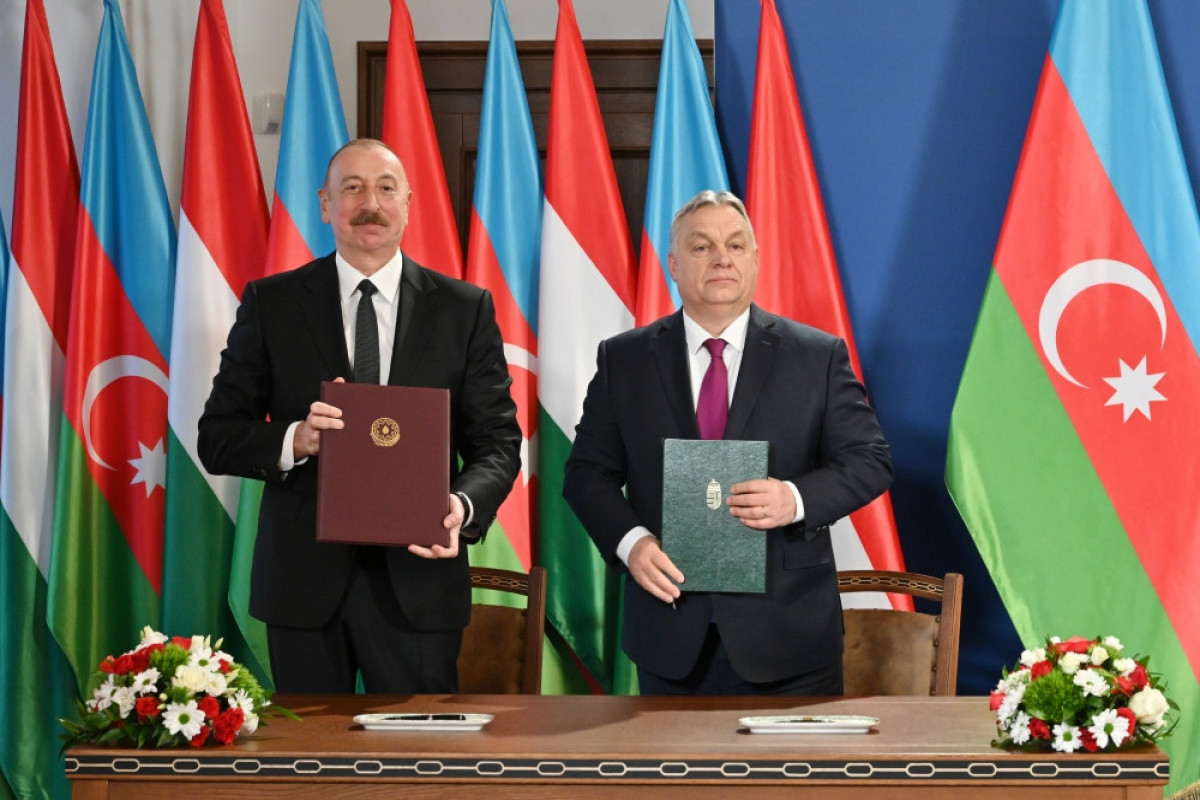 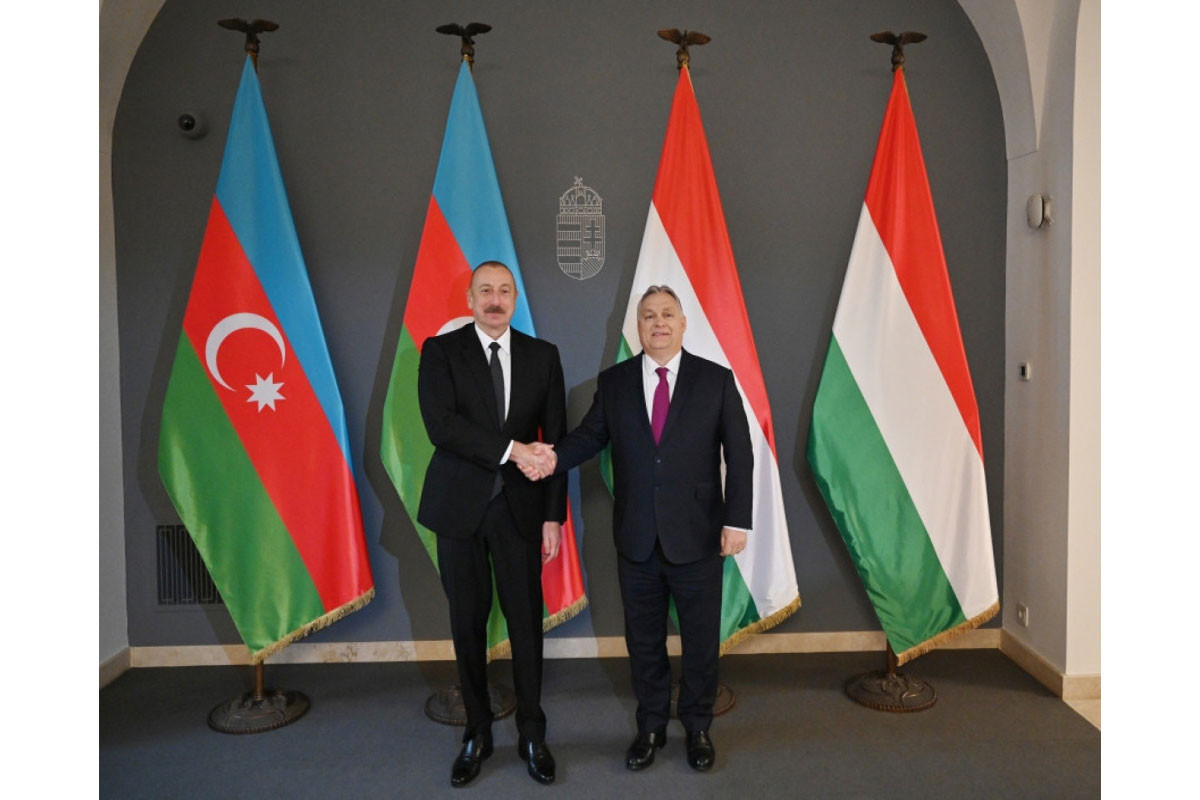 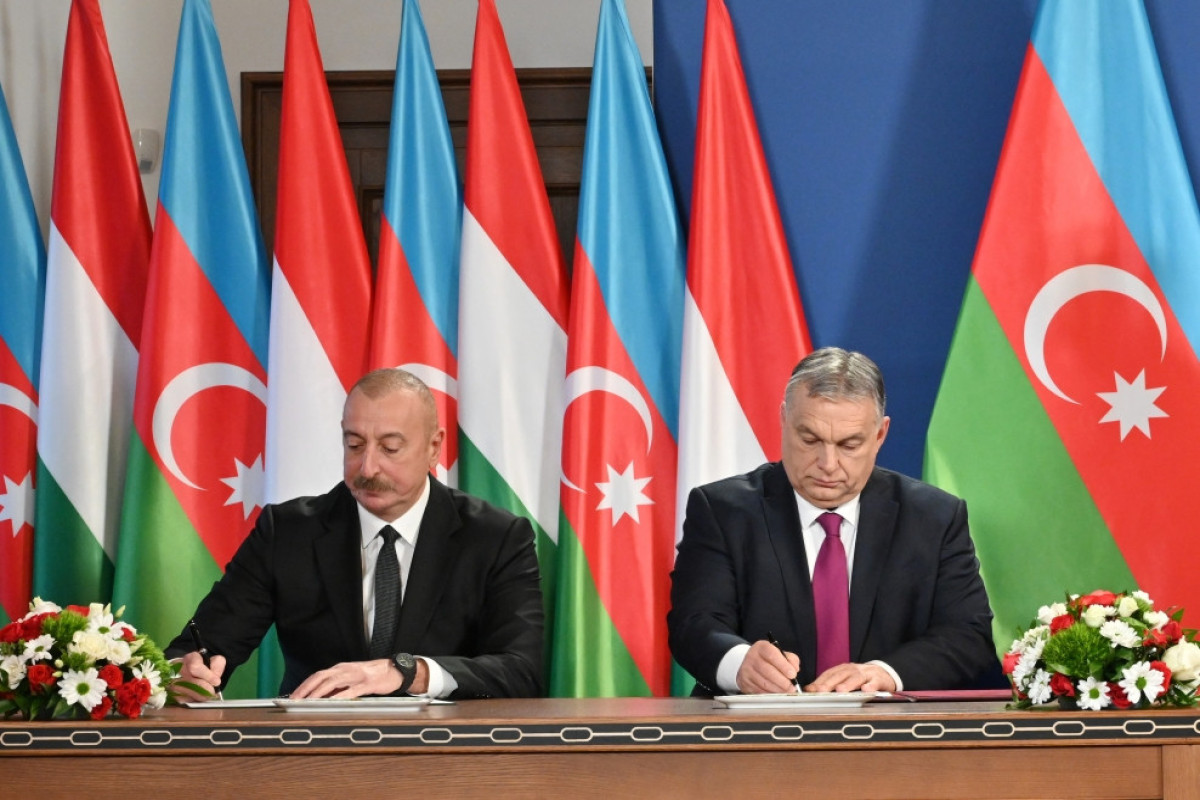 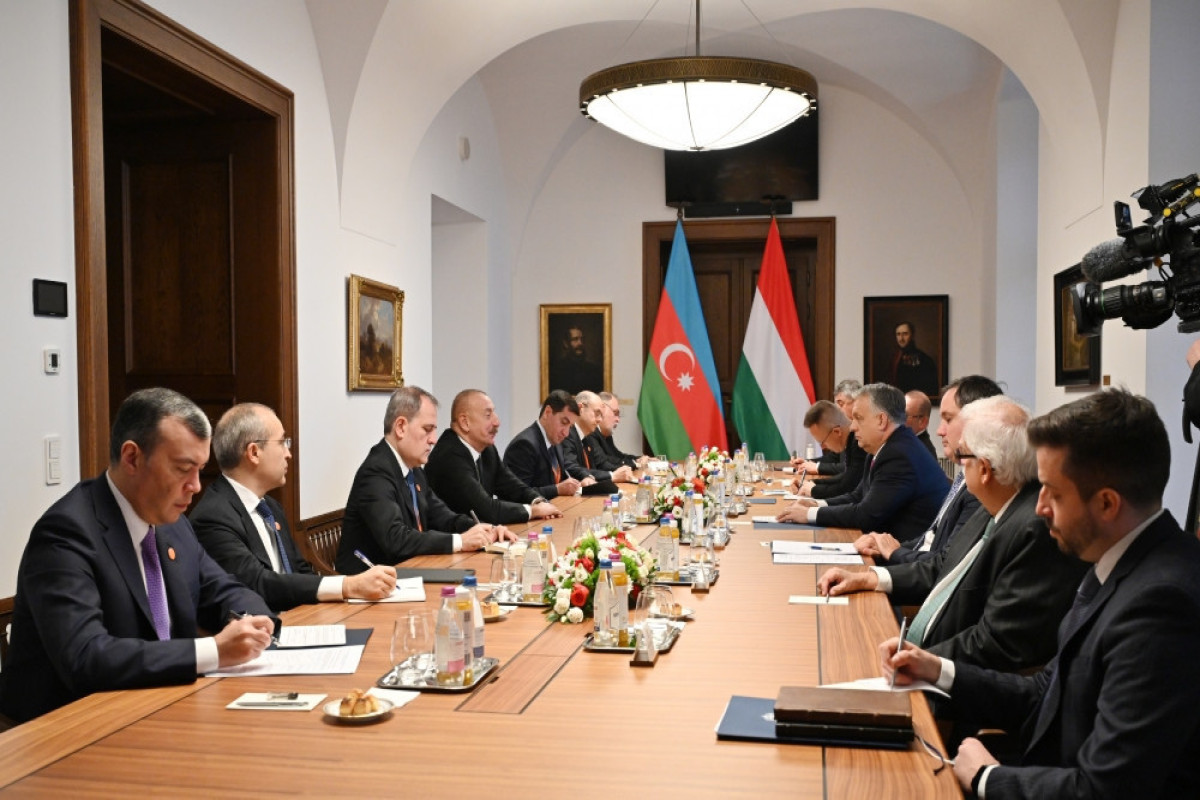