3 killed,dozens feared trapped in collapsed mine pit in Ghana 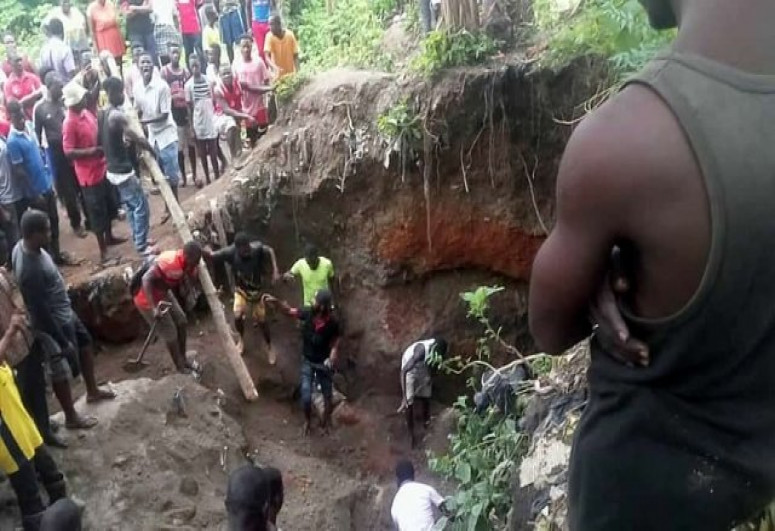 At least three people were killed while dozens are feared trapped in a collapsed mine pit in Ghana's coastal Central region, an official confirmed Wednesday, APA reports citing Xinhua.

Joe Donkor, Central regional director of the National Disaster Management Organization, told Xinhua that the incident happened in an abandoned mining pit of a large-scale mining company at Breman, a mining community in the Central Region.

"The pit collapsed around 9:30 p.m. local time on Tuesday. They went there after the anti-illegal mining task force had closed," said Donkor.

He said the security services quickly deployed equipment and a rescue team to the scene, and "We managed to retrieve three bodies, of a man, a woman, and a young girl."

The official said there were four excavators at the scene when the team arrived, giving them a fair idea of the number of people who may have been working on the site at the time of the accident.

"Usually 11 small-scale miners man one excavator, so with four excavators, we suspect there could be more than 40 people on the site at the time of the incident," he added.

He described the area of the incident as water-logged, and close to a water body, but the "illegal miners take advantage of the departure of the large scale miners to go down the pits, prospecting for gold."

"We are still on site hoping to rescue the rest of the people trapped underground, or at least recover their bodies if they are dead," the official added.

He said the bodies of the deceased had been deposited at a local hospital awaiting autopsy.