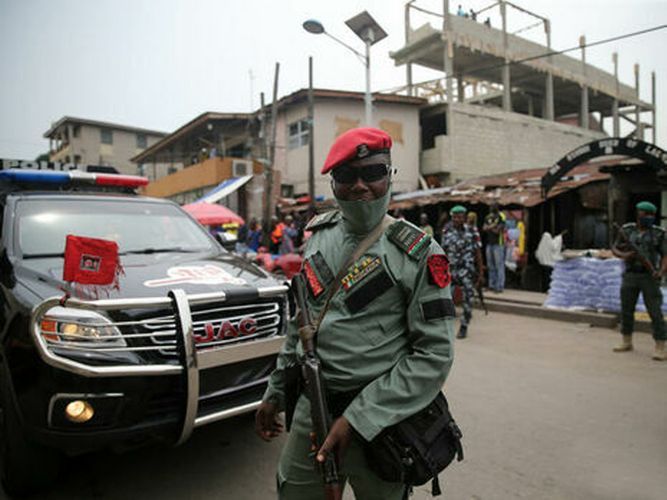 NAF stated on Monday that its attention has been drawn to reports alleging “How NAF Killed over 20 Nigerian Army Personnel by Accident in Air Strike” at Mainok which is about 55km to Maiduguri.

The NAF wishes that visuals and reports being circulated are currently being investigated and the general public will be duly updated on the alleged incident.

All inquiries should please be directed to the Office of the Director of Public Relations and Information, Headquarters Nigerian Air Force.”

Nigerian Agencies had earlier reported that the Nigeria air force fighter jet on a mission against Boko Haram extremists mistakenly bombed men of the Nigerian Army on Sunday, killing over 20 officers, a military source has said.

“The Boko Haram terrorists disguised in military uniform and gained access to the camp. They came in different groups and could not be counted. The Nigerian Army were pinned down, they requested for reinforcement, the reinforcement got on their way only to get smoked by the Nigerian Airforce.

“The (reinforcement team) was coming from Ngandu and were killed by an airstrike. The Air Force mistook them for Boko Haram as both were cladded in similar military uniform and operational vehicles,” a source said.