Pro-government supporters rally in Algeria to back planned elections 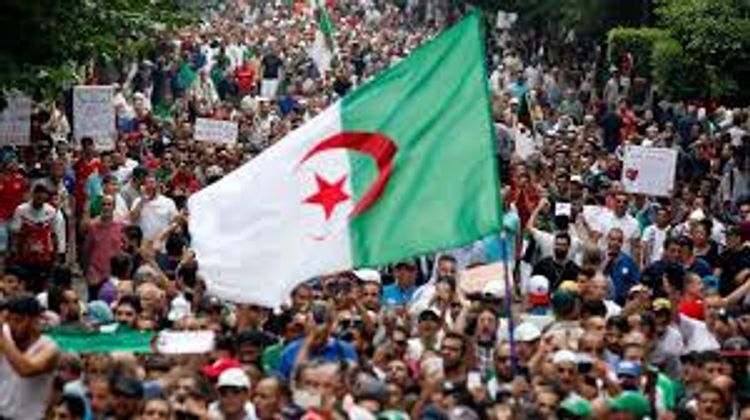 Government supporters took to the streets in Algeria on Saturday to show solidarity ahead of next month’s elections that are opposed by a long-running mass protest movement, APA reports citing Reuters.

The marches, organized by the General Union of Algerian Workers (UGTA), attracted over 10,000 people across several cities.

They are the biggest public show of strength so far by pro-government groups in response to weekly mass protests which erupted in February, when hundreds of thousands of people flooded the streets to demand that the ruling hierarchy quit power and the army step back from politics.

Pressure from the protesters forced veteran president Abdelaziz Bouteflika from power in April and the authorities detained dozens of senior figures on corruption charges.

However, tens of thousands of people have continued to march weekly to demand a more thorough purge of the ruling elite. The army, the most powerful institution in Algeria, has pushed for the December 12 presidential election as the only way to end the crisis.

Protesters have rejected the vote, saying it cannot be free or fair so long as the old guard remains in power.Saturday’s gatherings were a counter to the protests, with pro-government backers holding up banners reading, “Vote for Algeria” and “We are united forever”.

There were also chants of “The people and the army are brothers”, and “We are with Gaed”, a reference to Army chief Lieutenant General Ahmed Gaed Salah who has been singled out during the mass protests, with many slogans calling for him to follow Bouteflika and step aside.

“I urge all Algerians to head for polling stations,’’ said bank employee Ahmed Kaci, who joined a march in Algiers. ``This is the only solution to our crisis.”