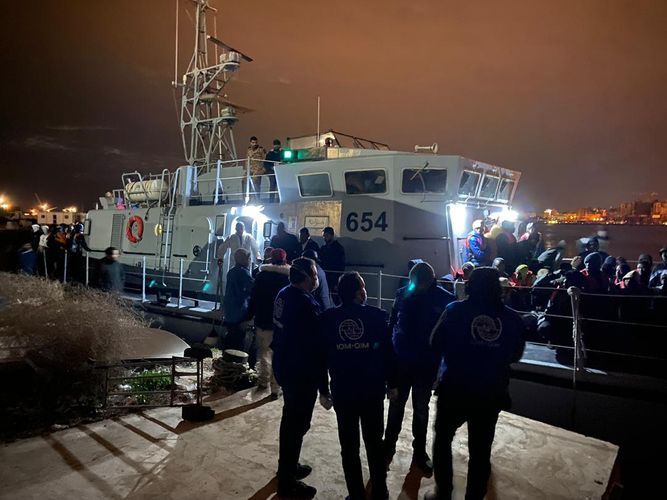 At least five migrants died and seven were missing when the coast guard returned 49 others to Libya’s capital Tripoli on Wednesday as fighting there raged, the U.N. migration agency said, APA reports citing AFP.

A Maltese commercial vessel rescued the migrants from an inflatable boat and handed them to Libya’s coast guard, which brought them to a naval base in Tripoli where they were allowed to disembark after a delay of several hours, the International Organization for Migration said.

There has been uncertainty about whether migrants intercepted by Libya’s coast guard would be able to dock in Tripoli. Last week, a group of about 280 migrants were prevented from disembarking overnight because of shelling in the port city.

“We have no clarity as to the procedures that are followed or will be followed from now on,” the IOM’s Libya office said in an email.

Hundreds of migrants continue to attempt crossings from Libya towards Italy, though Italy has declared its ports unsafe in the coronavirus epidemic.

After a relative lull in crossings, numbers had started to pick up in the first two months of the year only to fall back in March as Italy was hit by the coronavirus.

The group that disembarked on Wednesday were of Eritrean and Sudanese nationality, and included eight women and three children. They were taken to one of several detention centers in Tripoli, IOM said.

Fighting around Tripoli has intensified in recent weeks between forces allied to Libya’s internationally recognized government and those fighting for eastern-based commander Khalifa Haftar, who launched an offensive to capture the Libyan capital just over one year ago.

Heavy bombardments could be heard near the center of the city on Wednesday.