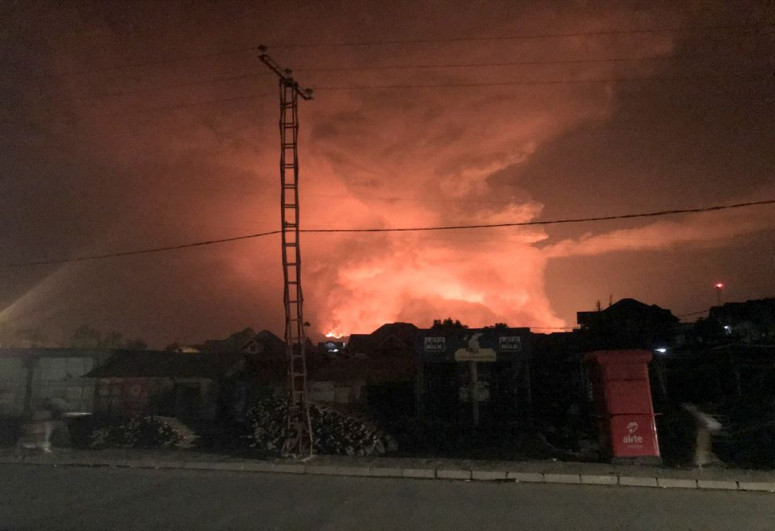 Lava from a volcano that erupted in Democratic Republic of Congo is reaching the airport in Goma, a volcanologist said on Saturday as the government activated plans to evacuate the city, APA reports citing Reuters.

Dario Tedesco, a volcanologist based in Goma, said a new fracture has opened up on the volcano, and the lava is moving south toward Goma.

Nyiragongo, one of the world's most active volcanoes, erupted in the early evening on Saturday, tinging the sky above Goma, a lakeside city of around 2 million, with a red glow.

Goma residents, remembering Nyiragongo's last eruption in 2002, which killed 250 people and left 120,000 homeless, grabbed mattresses and other belongings and fled towards the frontier with neighbouring Rwanda.

Power was out across much of the city and phone lines were busy, Reuters reporters said.

The prime minister convened an emergency meeting in Kinshasa, the capital.

"The evacuation plan for the city of Goma has been activated. The government is discussing urgent measures to take immediately," government spokesman Patrick Muyaya said on Twitter.

It was not immediately clear if an evacuation was going ahead on the ground. 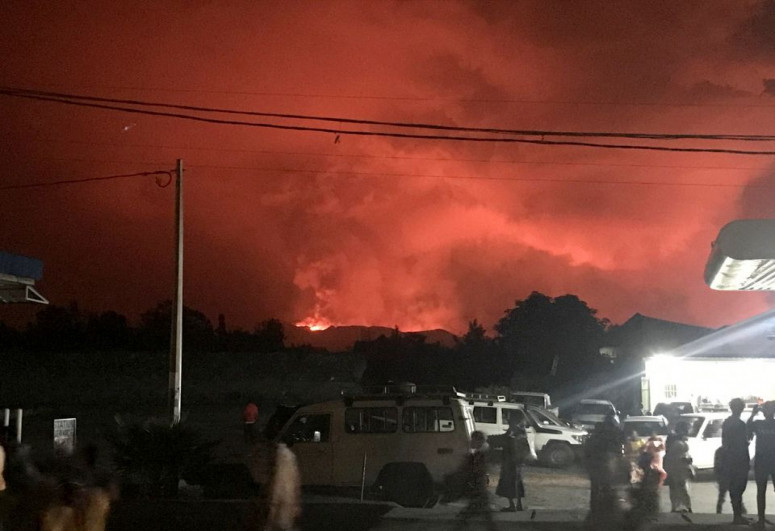