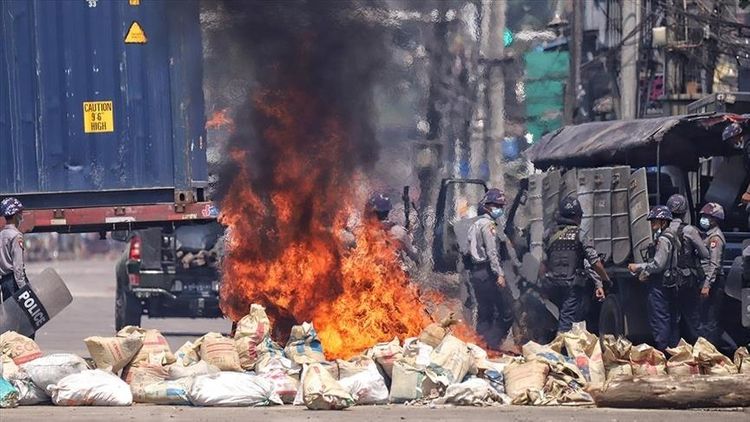 At least 753 people have been killed so far in Myanmar's military crackdown against anti-coup protesters, according to the latest figures released by a rights watchdog late on Monday, APA reports citing Anadolu Agency.

Two more people were killed on Sunday and the casualties were documented on Monday, the Assistance Association for Political Prisoners (AAPP) said in its latest update.

As many as 3,441 people are under detention and 79 of them have been convicted.

"Today marked 85 days since the attempted coup and over 700 civilians, including women and children, have been killed, and many injured," the group said.

The AAPP expected that Myanmar would be in an even more critical situation if effective action is not taken to combat the crisis.

"Peace will remain elusive without democracy. There must be a focus on defeating dictatorship in Burma," it added.

The crackdown in the Southeast Asian nation started just after Feb. 1 when democratically elected Aung Suu Kyi was ousted in a coup and detained by the military junta.

The UN and rights groups have expressed concern over the use of disproportionate force by the military junta on unarmed protesters.