An explosion at a manufacturing business has shaken northwest Houston 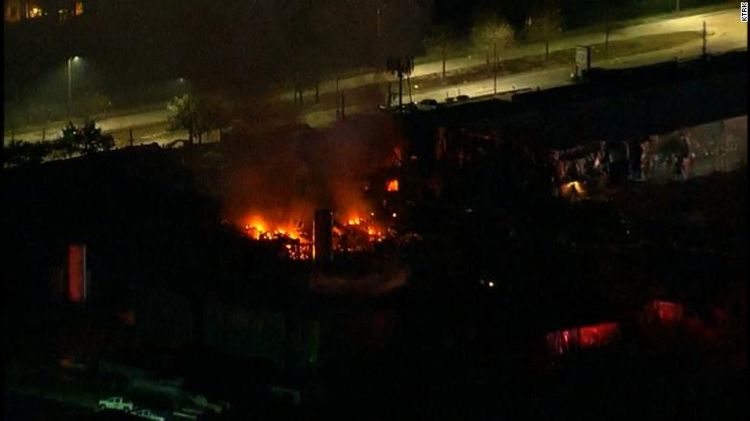 An explosion at a northwest Houston manufacturing business shook part of the city early Friday, sending at least one person to a hospital, damaging nearby homes and sending firefighters scrambling to put out a resulting fire, APA reports.

The blast at Watson Grinding and Manufacturing happened around 4:15 a.m. local time (5:15 a.m. ET) at 4525 Gessner Road, about an 18-mile drive northwest of downtown, officials said.

A fireball apparently rose from the scene after the blast, video posted to Twitter shows. The distant footage was taken by a camera mounted to a home window.

Details about what caused the explosion weren't immediately available. At least one person was injured by shattered glass and was taken to a hospital, Houston fire Capt. Oscar Garcia said.

Many homes in the area were damaged, including broken windows and doors, and in at least one case, a collapsed ceiling, CNN affiliates reported.

"The whole ceiling fell in," a resident told KTRK about her home.

"I thought maybe the house had gotten hit by lightning. And then I realized there was no storm," the resident told KTRK. "No one can figure out what happened."

Mark Brady, who lives about a half-mile from the manufacturing business, told CNN affiliate KPRC the blast "knocked us all out of our bed."

"It busted out every window in our house. It busted everybody's garage door in around here ... and closer toward the explosion over here, it busted people's roofs in and walls in."

More than an hour after the explosion, aerial video from KTRK showed smoke and flames rising from the blast site.