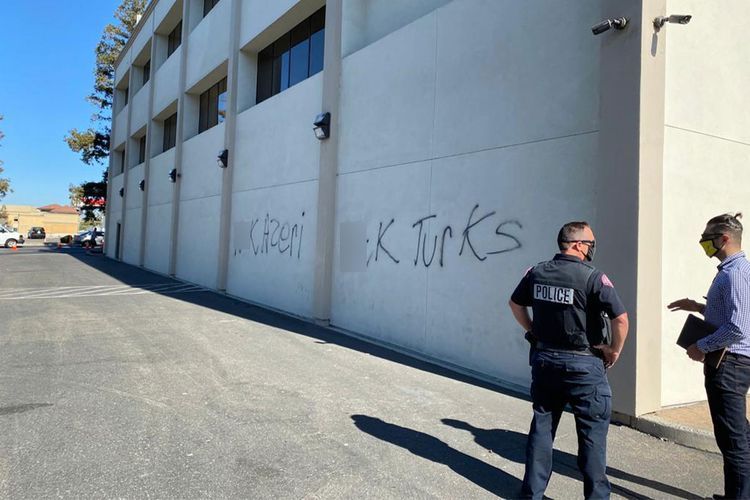 Armenian vandals’ hatred against Azerbaijanis knows no border. Thus, the members of the Armenian lobby scattered around the world do not refrain to commit vandalism acts against Azerbaijanis living even in the other side of the ocean, in California state of the USA, State Committee for Work with Diaspora told APA.

On October 20, at night by writing hate speech, insult and swearing on the building of Northern California Azerbaijani Culture Centre, they once again proved that the Armenian trait is unchangeable.

The police were called on the site in order to punish Armenians who make hatred calls against Azerbaijanis on the national ground. Currently, an investigation is underway regarding the fact.

The director of California Azerbaijan Culture Center Hamid Azeri brought to the attention of the members of mass media invited to the site, about this vandalism act, as well as the killing of 24 civilians including women and children, injuring tens of people as a result of Armenia’s rocket attack to Ganja.