Biden says Iranian enrichment to 60% unhelpful, but glad about talks 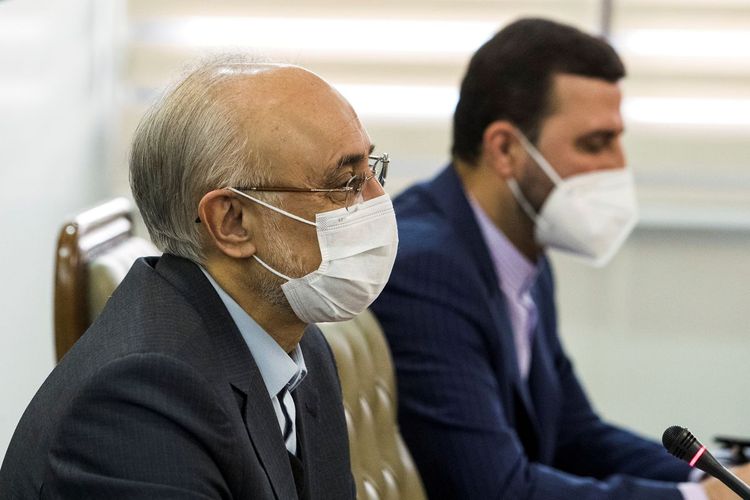 U.S. President Joe Biden on Friday called Iran's enrichment of uranium to 60% purity unhelpful but said he is pleased Tehran is still in indirect talks with Washington about both countries resuming compliance with the 2015 Iranian nuclear deal, APA reports quoting Reuters.

Iran on Friday said it had begun enriching uranium to 60%, its highest level ever and a step closer to the 90% that is weapons grade, at its Natanz plant, where an explosion occurred earlier this week that Tehran blamed on Israel.

"We do not support and do not think it's at all helpful that Iran is saying it's going to move to enrich to 60 percent," Biden told reporters in Washington during a joint news conference with Japanese Prime Minister Yoshihide Suga.

"We are, though, nonetheless pleased that Iran has continued to agree to engage in discussions - indirect discussions - with us and with our partners on how we move forward and what is needed to allow us to move back into the (nuclear deal) ... without us making concessions that we are just not willing to make," Biden added.