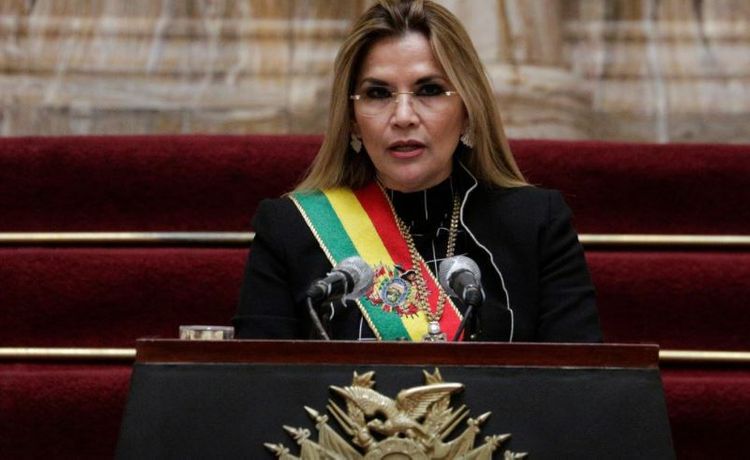 Bolivia declared a state of disaster due to wildfires ravaging forested and agricultural areas in the eastern part of the country, President Jeanine Anez said on Thursday, APA reports citing Reuters.

In 2019, wildfires destroyed more than 6 million hectares in the Bolivian Amazon. So far this year 1.1 million hectares have burned, according to the government, while the non-government organization Friends of Nature Foundation (FAN) said the area wrecked was twice as large.

“We are declaring a national disaster due to drought and fires,” Anez, the country’s interim leader, said during a press conference. “We are facing a serious threat and we do not want what happened last year to happen again.”

Authorities reported more than 50 active forest fires, but the number of areas subject to smoke hazards and possible spot fires was much greater, mainly due to drought and the use of fire by growers to clear farmland.

“The fires are advancing, and due to winds and high temperatures there is no other way to face this crisis,” said Defense Minister Fernando Lopez, recognizing that current fire-fighting efforts had been insufficient.

The wildfires have affected more than 600 families in the country, although no fatalities had been reported, Lopez said.