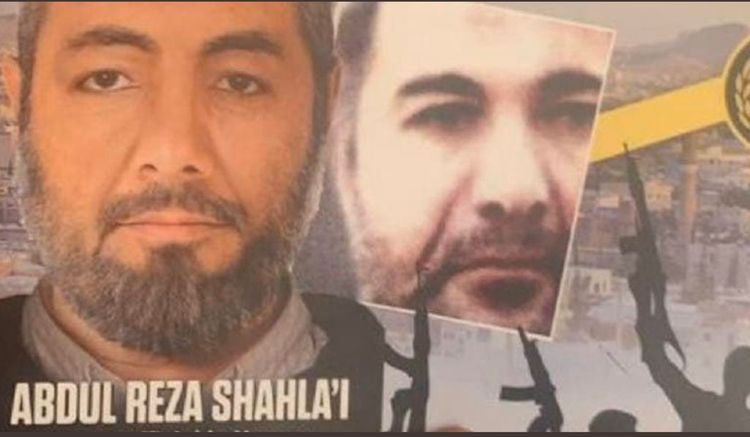 On the day the U.S. military killed a top Iranian commander in Baghdad, U.S. forces carried out another top-secret mission against a senior Iranian military official in Yemen, according to U.S. officials, APA reports citing Washington Post.

The strike targeting Abdul Reza Shahlai, a financier and key commander of Iran’s elite Quds Force who has been active in Yemen, did not result in his death, according to four U.S. officials familiar with the matter.

The unsuccessful operation may indicate that the Trump administration’s killing of Maj. Gen. Qasem Soleimani last week was part of a broader operation than previously explained, raising questions about whether the mission was designed to cripple the leadership of the Islamic Revolutionary Guard Corps or solely to prevent an imminent attack on Americans as originally stated.

U.S. military operations in Yemen, where a civil war has created the world’s worst humanitarian crisis, are shrouded in secrecy. U.S. officials said the operation against Shahlai remains highly classified, and many declined to offer details other than to say it was not successful.

Officials at the Pentagon and in Florida were monitoring both strikes and had discussed announcing them together, had they gone well, officials said.

“If we had killed him, we’d be bragging about it that same night,” a senior U.S. official said, who like others spoke on the condition of anonymity to discuss a classified military operation.

Another senior official said the two strikes were authorized around the same time and that the United States did not disclose the Shahlai mission because it did not go according to plan. The official said Shahlai may be targeted in the future, though both countries have signaled an interest in de-escalating the crisis.

The rationale for the Trump administration’s decision to kill Soleimani has come under scrutiny in Congress, with House lawmakers approving a resolution on Thursday to restrict the president’s authority to strike Iran without congressional approval.

Defense and State Department officials said the strike against Soleimani saved “dozens” if not “hundreds” of American lives under imminent threat. The strike against Shahlai potentially complicates that argument.

“This suggests a mission with a longer planning horizon and a larger objective, and it really does call into question why there was an attempt to explain this publicly on the basis of an imminent threat,” said Suzanne Maloney, an Iran scholar at the Brookings Institution.

The Trump administration views Shahlai as a particularly potent adversary.

Cmdr. Rebecca Rebarich, Pentagon spokeswoman, said the Defense Department does not discuss “alleged operations” in the Middle East. “We have seen the report of a January 2 airstrike in Yemen, which is long-understood as a safe space for terrorists and other adversaries to the United States,” she said in a statement.

The State Department offered a $15 million reward last month for information leading to Shahlai and the disruption of the IRGC’s financial mechanisms. The announcement said that Shahlai is based in Yemen and has a “long history of involvement in attacks targeting the U.S. and our allies, including in the 2011 plot against the Saudi ambassador” at an Italian restaurant in Washington.

U.S. officials have alleged Shahlai, born around 1957, is linked to attacks against U.S. forces in Iraq, including a sophisticated 2007 raid in which Iranian-backed militiamen abducted and killed five Americans troops in the city of Karbala.

In a news conference last year, Brian Hook, the special representative for Iran, said the United States remains “gravely concerned by his presence in Yemen and potential role in providing advanced weaponry of the kind we have interdicted to the Houthis,” who continue to battle a Saudi-led coalition for control of Yemen.

Iran has provided support and training to the Houthi rebels in their battle against a coalition backed by Saudi Arabia, Iran’s regional foe.

It is unclear why the operation did not succeed. The State Department and White House declined to comment.

The killing of Soleimani, the first U.S. targeted killing of a senior member of a foreign military since World War II, prompted Iran to retaliate early Wednesday in Iraq by firing ballistic missiles at U.S. locations there, though no casualties were reported.

Following the strike, President Trump said the United States would respond by imposing economic sanctions on Iran, and noted that the “United States is ready to embrace peace with all who seek it.”

Trump’s top aides have continued to tout the “imminent” nature of the threat from Soleimani, though have been less precise about the timing.

Gen. Mark Milley, chairman of the Joint Chiefs of Staff, and Defense Secretary Mark T. Esper have likewise supported the case for an imminent plot.

“Did it exactly say who, what, when, where? No,” Milley told reporters this week. “But he was planning, coordinating and synchronizing significant combat operations against U.S. military forces in the region, and it was imminent.” Milley continued to emphatically defend the intelligence during a classified briefing with members of Congress on Wednesday, according to a person familiar with the matter.

Some lawmakers left the meeting complaining about the lack of specifics about the intelligence.

“I believe this administration is after the fact trying to piece together a rationale for its action that was impulsive, reckless and put this country’s security at risk,” said Gerald E. Connolly (D-Va.).

Republican leaders in Congress have stood behind the president’s decision to take out an Iranian commander allegedly linked to the deaths of more than 500 U.S. soldiers following the U.S. invasion of Iraq in 2003.

The operation targeting Shahlai occurs as the United Nations presses for a political solution to the war in Yemen, which began in 2015 when a Saudi-led military coalition launched its campaign against the Houthi rebels. The Saudi-backed Yemeni government has struggled to regain the upper hand against the Houthis, allowing a massive humanitarian crisis to fester in which tens of thousands of Yemenis have died of fighting, deprivation or disease.

U.S. officials believe that Iran has steadily expanded its support to the Houthis, placing what they say is a small number of Iranian operatives in Yemen to advise the rebel campaign. Experts say a larger number of Lebanese Hezbollah personnel are also helping the rebels.

The Trump administration has showcased apparent Iranian weapons that have been intercepted or recovered in and around Yemen as proof that Iran is arming the Houthi rebels, including sophisticated missiles used to target Saudi Arabia.

Experts say the Saudi-led coalition has dramatically reduced the tempo of its airstrikes against Houthi targets in recent months as the Yemeni rebels have largely halted their missile attacks into Saudi Arabia.

Houthi leaders are divided between those who want to demonstrate loyalty to Iran and those who are open to striking a deal with their neighbor to the north.

According to the Long War Journal, which tracks counterterrorism operations overseas, the United States conducted eight strikes against militants in Yemen in 2019, down from a high of about 125 strikes in 2017. The strikes have targeted al-Qaeda in the Arabian Peninsula and the local branch of the Islamic State.

The attempted strike on Shahlai also marks a departure for the Pentagon’s mission in Yemen, which has sought to avoid direct involvement in fighting between Houthi forces and those backed by the Saudi-led coalition. In 2018, the military halted a program in which U.S. planes refueled Gulf combat jets amid criticism of the civilian casualties caused by coalition air sorties.

The United States has not previously taken any publicly acknowledged attacks on Houthi or Iranian leaders in Yemen, though Special Operations forces have sought to track Iranian movements and disrupt alleged smuggling of Iranian weaponry into the country.