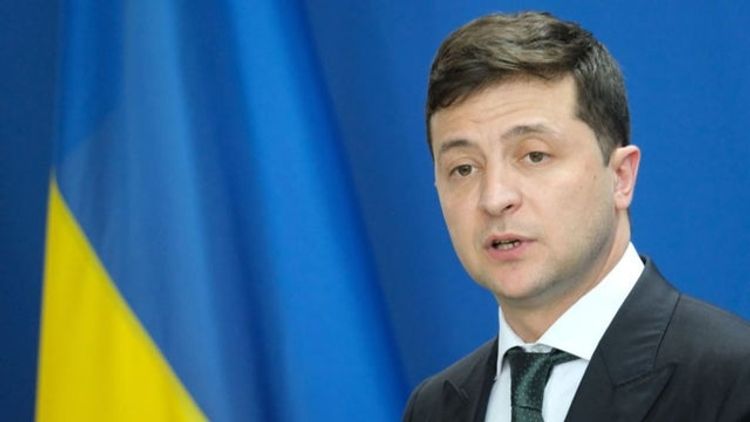 Secretary of State Mike Pompeo spoke on Monday with Ukrainian President Volodymyr Zelensky following the cancellation of the secretary’s planned trip to the region over the spiraling situation in the Middle East, APA reports citing Unian.

The State Department on Monday said Pompeo discussed the situation in the Middle East with Zelensky and thanked the Ukrainian president for condemning the attack on the U.S. Embassy in Baghdad.

Pompeo also reiterated the strong U.S. support for Ukraine’s sovereignty and territorial integrity and underscored the long-term strategic partnership between the two countries.

Pompeo was set to travel to Ukraine on Jan. 3, at a time when President Trump is set to face an impeachment trial over his push for Kyiv to investigate former Vice President Joe Biden.

But Pompeo was forced to postpone his trip following the attack on the U.S. Embassy in Baghdad on Dec. 31 by Iranian-backed militias.

The U.S. killed top Iranian general Qassem Soleimani in Baghdad on Jan. 3 and has thrown the region into upheaval and on the edge of a potential wider conflict.

President Trump faces two articles of impeachment over his interactions with Ukraine: abuse of power and obstruction of Congress.

House Speaker Nancy Pelosi (D-Calif.) has yet to send the impeachment articles to the Republican-controlled Senate, which is overwhelmingly expected to acquit Trump.