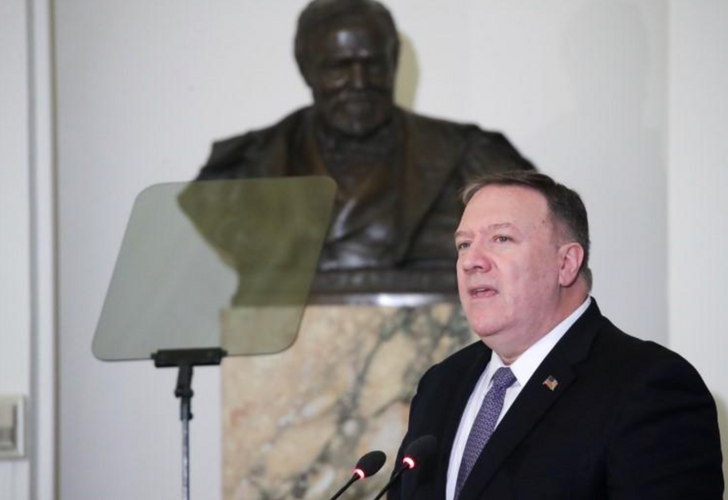 A U.S. House of Representatives committee renewed a threat on Friday to subpoena Secretary of State Mike Pompeo if he does not provide information about Iran policy and President Donald Trump’s ordering of the strike that killed an Iranian military commander, APA reports quoting Reuters.

Representative Eliot Engel, the Democratic chairman of the House Foreign Affairs Committee, said he scheduled a public hearing with Pompeo for Wednesday, Jan. 29.

“This hearing deals with the most weighty issues with which our country and Congress deals, including the use of force. Therefore, I consider your testimony to be of extremely high importance and am prepared to use all legal means to ensure your attendance,” Engel wrote to Pompeo.

Friday’s announcement marked the second time the committee has tried to schedule a hearing with Pompeo this month. The first was for a hearing on Jan. 14, but Pompeo did not appear.

The State Department did not immediately respond to a request for comment on Friday.

Members of Congress - including some of Trump’s fellow Republicans - have been pushing Trump’s administration for more information about the killing by a drone strike in Iraq this month of Iran’s Qassem Soleimani.