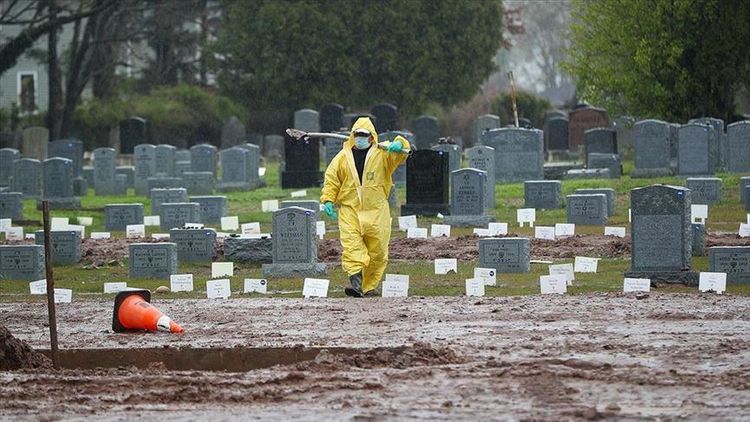 Coronavirus infections in the US exceeded a sobering 1 million cases Tuesday, according to a running tally by Johns Hopkins University, APA reports quoting Anadolu Agency.

The university found 1,002,498 confirmed infections nationwide, including 57,266 deaths and 112,315 recoveries, making the US the hardest-hit nation worldwide.

New York state continues to be the epicenter of the virus outbreak in the country, with nearly 30% of all confirmed cases, or 291,996 recorded there. Densely-populated New York City has the vast majority of the state's infections with 162,338 confirmed positives, as well as 17,515 of the state's 22,668 deaths.

The US now accounts for nearly one-third of all infections worldwide with total confirmed cases sitting at 3,083,467, according to Johns Hopkins.

In the over four months that have passed since the virus was first detected in the Chinese city of Wuhan in December, 185 countries and regions have detected cases.

Most people who contract the virus and develop COVID-19, experience mild symptoms and fully recover within a series of weeks. But it is particularly deadly for those with pre-existing conditions including diabetes, heart disease, hypertension and asthma.

China, ground zero of the virus, has registered nearly 84,000 cases and one more fatality since it confirmed a nearly 50% rise in its death toll -- bringing the number to 4,637. Those figures continue to raise questions within and outside China.

Anadolu Agency's website, www.aa.com.tr/en, contains a portion of stories regarding the pandemic offered to subscribers.